The following correspondence originally took place on my Facebook wall, upon my post, “DemoCrackPots and RepubliConArtists are Indistinguishable!“… 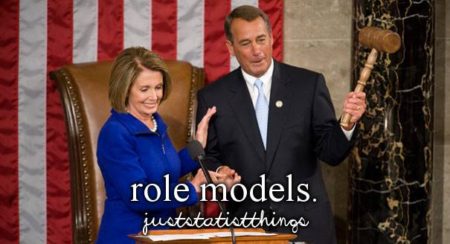 When the skull-faced war-vampire on the left croaked, “impeachment is off the table,” back in November of 2006, those remaining blue party voters actually worth their weight in integrity should have instantly vacated the two-party circus for reality, finally understanding the DemoCrackPots to be indistinguishable from the RepubliConArtists in regards to the most serious and pressing issues facing America at the time: Bush’s crimes against peace (wars of aggression in Afghanistan & Iraq), crimes against humanity (regularly drone bombing civilians in Pakistan), and war crimes (policy of torture)! Refusing to hold Bush accountable was obstruction of justice, and was really only done to satisfy the demands of the war-profiteering companies that sponsor the two bought-and-sold fraud parties. The slime-ball Republican “representatives” were raking in cash, hand-over-cloven-hoof, and greedy Democratic “representatives” wanted a turn to collect their own “fair share” of the spoils of war.

Alison K.: I wanted to register as a libertarian (before the term was hijacked by the nutso right) but you cannot register as part of the libertarian party in NYS… just as well. I’ve slowly learned over the last 15 years how the system is not broken, as I once thought, but has been very cleverly crafted against us. I used to get mad, but no longer. Now my anger seems to be with my fellow citizenry who are seemingly content worrying about non issues, like who can marry who and what celebrities are doing. It infuriates me that these are the people who vote.