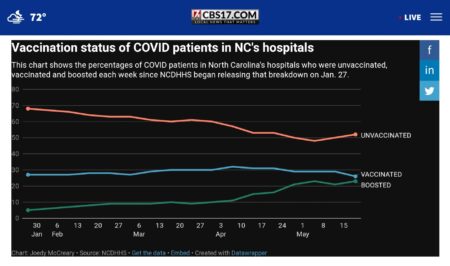 It’s been a cornerstone message during the pandemic recovery: Get the COVID-19 vaccine, and you are much less likely to wind up in a hospital.

But according to the latest numbers from state public health leaders, that might not be as true as it used to be: In North Carolina’s hospitals, fully vaccinated people now nearly outnumber the unvaccinated.

My Commentary: It was always a spiritual IQ test. Those who chose to follow after the false teachings of career criminal corporate enemies of humanity, and foolishly accepted genetically-vandalized components into their blood have, in fact, polluted and corrupted both their bodies and their souls. The hollow and meaningless lives that they so desperately and fearfully cling to will be exactly the lives they lose, sadly…

These NPCs, under the strong delusion of dubious pseudo-medical doctrine, accused Our Father of murderous intent, in the form of a “novel” COVID virus. This was only possible because of their complete and total ingratitude for His Shared Gift of the Breath of Life. Then, these same panic porn stars easily ignored all available evidence to indicate COVID to be a man-made chimera, and denied the 99% recovery rate that the vast majority experienced. After that, these blindly-faithful disciples of fraud rushed to become lab rats for the career criminal corporations that choreographed this worldwide theater, and ever since then, they’ve been using all modes of communication to accuse healthy individuals of being diseased, while demanding all of humanity be muzzled and locked down, endlessly. These lying accusers of the innocent, who “trust in idols” made by the hands of wicked men, now claim to “live” by virtue of the “high technology” inside of the jab, not understanding that they will die by way of the “high technology” in the jab.

My Commentary: “It is better for all the world if, instead of waiting to execute degenerate offspring for crime or to let them starve for their imbecility, society can prevent those who are manifestly unfit from continuing their kind. The principle that sustains compulsory vaccination is broad enough to cover cutting the Fallopian tubes.” – U.S. Supreme Court Justice Oliver Wendell Holmes Jr., Buck v. Bell, 1927

Time for a history lesson about eugenics, since most are dangerously unknowledgeable about the facts, and how they tie into what we are witnessing, now, in 2020 to the present… 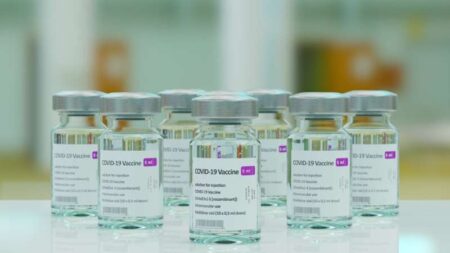 Vaccine Blood Clotting Could be Result of Genetics:
https://medicalxpress.com/news/2022-04-vaccine-blood-clotting-result-genetics.html

The rare blood clot side-effect associated with some COVID-19 vaccines could be the result of genetics, new research has found, paving the way for a potential genetic screening test.

Vaccine-induced thrombotic thrombocytopenia (VITT), a rare disorder causing thrombosis (blood clotting) and thrombocytopenia (low blood platelet counts), was early in 2021 linked to the AstraZeneca COVID-19 vaccine, leading the Australian government to restrict its rollout to those aged over 65. It is also associated with the Johnson & Johnson vaccine Janssen, although the vaccine is not currently included in Australia’s vaccination program.

Now, a new study by Professor Tom Gordon, Dr. Jing Jing Wang and colleagues from Flinders University and SA Pathology, may help to explain what’s causing the rare side effect. The study has been published on the pre-print server medRxiv and has yet to be peer reviewed.

My Commentary: When an autistic disability self-advocate with two decades of research into the psuedo-science of eugenics publicly announces that humanity is being targeted by a massive-scale eugenics campaign… Pay attention!

“It is better for all the world if, instead of waiting to execute degenerate offspring for crime or to let them starve for their imbecility, society can prevent those who are manifestly unfit from continuing their kind. The principle that sustains compulsory vaccination is broad enough to cover cutting the Fallopian tubes.” – U.S. Supreme Court Justice Oliver Wendell Holmes Jr., Buck v. Bell, 1927 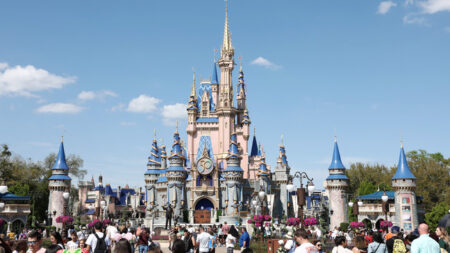 A Disney official said during a virtual conference on the company’s “Reimagine Tomorrow” initiative that they will be working with their benefits team to assist employees and their children with obtaining “gender-affirmation procedures.”

My Commentary: Sterilizing your own children is officially “progressive.” Big Pharma is happy to secure a new generation of permanent customers. Make Eugenics Great Again!