“Chuck Wendig (@ChuckWendig): I think the success of GoFundMe campaigns for medical expenses shows that we could probably do it on a national level, creating a collective fund for everyone using something called ‘taxes,’ and we can use it to pay for a thing I’ve invented called ‘universal health care.’
It’s called GoFundMe, not GoFundMeOrElse”

My Commentary: GoFundMe is voluntary and consensual. Taxation Is Theft. Grow a soul, oppressor. Your coercion is showing. 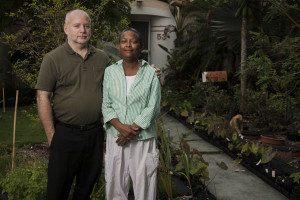 The ruling is the latest development in a case where local officials forced an otherwise peaceful couple to uproot their garden of 17 years.

The decision is a “blow to property rights,” according to the Institute for Justice, a public interest law firm. The judgment extends throughout the South Florida community.

My Commentary: Government: professionally regulating peaceful people into poverty and prison, while forcing them to pay for the criminal “service”…