As I scrolled through my Facebook news feed, I discovered the following artwork here, being shared by the page, “Aboriginal and Tribal Nation News,” and originally posted it to my own wall, along with commentary… 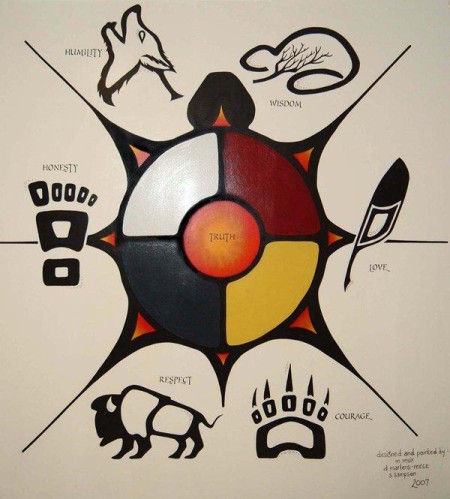 My Commentary: Behold, yet another version of the Seven-Fold Spiritual Constitution of the [HE IS] that [I AM] (AKA “the Seven-Light Lamp of Self-Sovereignty”)! Hallalu Yah! The Tribe shall prevail over the Hive!

Compare the above information to the following information:
http://acidrayn.com/2011/04/09/spirit-of-life/