The following correspondence originally took place on my Facebook wall, upon my post, “The Tribe Will Prevail Over the Hive, and Decolonize the World!“… 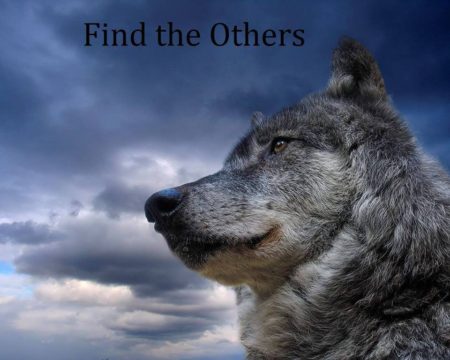 The Tribe will prevail over the Hive! In the Name of יהוה [HE IS], His Children will continue to Decolonize The World from the House of Bondage, in preparation for full Restoration of the Law of Liberty* to the Earth, for the sake of all of His Creation! 🙂

Knowing the true Character of יהוה [HE IS], as אהיה אשר אהיה [I AM THAT I AM] and את [Aleph-Tau, First and Last]: the Original and Complete Individual, Existing in Eternal Self-Ownership, and Infinitely Self-Proliferating – His Progeny wholeheartedly and humbly embrace His Set-Apart Life-Gift of Individual sovereignty, cherishing their אהיה [I AM], with the understanding that He Bestows us with this Blessing directly from His Own Self-Sacrifice, Personally Planting His Seeds, containing His Very Essence, into the Planet, to form each and every member of His Creation.

Guided by the Truth and Justice that is יהוה, His Offspring daily prove their Love for their Creator, with all of their heart, mind and soul, by protecting, nurturing and perfecting His Inheritance within themselves, and within ALL of His Creation, through the real and enduring Peace of a Respect-and-Consent-based system of Co-existence (in today’s era, referred to as The Non-Aggression Principle and Voluntaryism)!

Siobhán L.: not generally into the iconography of religion…. but Law of Liberty sounds about right.

Rayn: Thanks for your comment, Siobhán. I’m not a religious Individual, myself, nor do not seek to be off-putting, let alone to uphold any of today’s mystery schools with my wording. My intent is purely the Truth of Revelation. In reality, I merely have a very deeply-rooted, life-long special love-interest in Our Creator, His Name, His Character, and His Creation. I do my best to understand, speak and walk in His Laws of Creation and Peaceful Co-Existence, which almost exclusively form the basis of what are commonly referred to as “Individual Sovereignty” (AKA “Self-Ownership“), the “The Non-Aggression Principle,” and “Voluntaryism.” Because of this, much of my personal studies research revolves around written works of philosophy, politics, law and religion – both current and historical – that explore these topics in depth.

My ultimate desire is to completely emancipate my entire being from the House of Bondage, built upon the laws and traditions of man, by fully embracing the (1) Truth, (2) Wisdom, (3) Humility, (4) Compassion, (5) Self-Sacrifice, (6) Free-Will, and (7) Justice of Our Creator, יהוה [HE IS] (AKA the “Seven-Fold Spiritual Constitution of the [HE IS] that [I AM], or the “Seven-Light Lamp of Self-Sovereignty”), as well as His Law, and the Way of His Son, יהושע, as Mashiach. In order to successfully do this, I am slowly but surely learning the TRUE meaning of the Hebrew Aleph-Bet, along with the words of the TaNaKh, and the B’rit haChadashah, which Greek and English translations have painstakingly, purposefully and purposely obscured!

Here is the culmination of my findings, as revealed through the Guidance of His Ruach haKodesh (AKA “Set-Apart Spirit,” or “Spirit of Discernment,” which the English mystery mistranslation strangely refers to as the “Holy Spirit”):

A little over a year after writing up the above-mentioned 2011 post, I learned that these teachings are also distributed among the Native Tribes of the Americas:

Siobhán L.: It makes sense, from a spiritual point of view. I didn’t mean that I was discounting your world view, I’m not at all, in fact I was kind of saying I found the idea or at least it’s distilled foundations to be generally true for me. The more I free myself, the less I feel my happiness is based on any non-consensual attachment. The idea of it distilled down into a “Law of Liberty” is kind of beautiful.

Siobhán L.: I just tend to be more pragmatic than spiritual, the ultimate end my spiritual is, is the idea that biochemical life energy at death, dispursed, becomes universal. We are in fact stardust… our personal legacy is in the people we meet along the way… ideas have value.