Statist Logic: The Only Solution to Bad Government is MORE Government 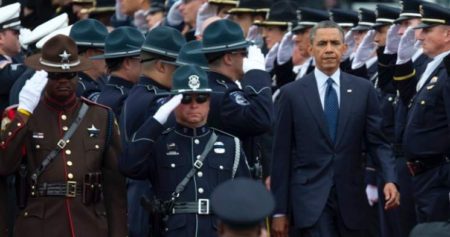 (Alex Newman) After recently demanding everything from “robust gun control” and reparations for slavery to constitutional amendments altering the supreme law of the land, the United Nations has now publicly endorsed the Obama administration’s illegal efforts to federalize America’s local police departments. A UN official also offered to provide “technical assistance” to the U.S. government in implementing its radical demands.

Specifically, a UN official from Kenya touted one of the many schemes used by the White House to impose unconstitutional federal regulations on local law enforcement. Dubbed “consent decrees,” the plot involves extremist bureaucrats at the Obama Justice Department threatening, bullying, and suing city governments into submission to Obama’s demands. The UN “lawyer” called for the administration’s commandeering of cops to be “beefed up” and “increased” to help nationalize as many of America’s police departments as possible.

My Commentary: Statist “Logic”: The only solution to bad government is MORE government… *facepalm*