Discussing Baxter’s Convenient Patent of Celvapan, Along With Their ‘Accidental’ Adulteration of ‘Vaccine’ With Avian Flu 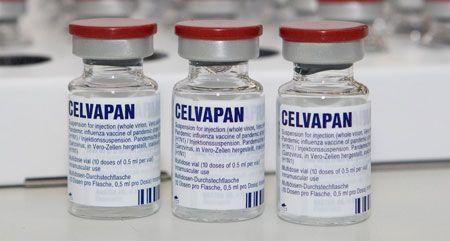 Due to the fact that the world narrowly averted a global avian flu pandemic this month due to the diligence of the good individuals at the National Microbiology Laboratory in Canada, I decided to further research the topic today, and came upon this article, dated January 19, 2009. As it turns out, the company responsible for almost causing the above-mentioned bio-disaster, Baxter International Inc., just so happens to own the rights to “Celvapan,” the world’s first cell-culture based H5N1 (avian flu) pandemic vaccine! Apparently, though it’s still in trial stages, it is very close to receiving full market authorization from the European Union. In other words, if a global avian flu pandemic ever did take place, Baxter International would be in a position to make a great deal of money!!!

Rebekah P.: A sickening snake eating its own tail!!!

Rayn: Well, since Baxter made no real effort to cover their tracks, and destroyed no evidence, as I found this article online relatively easily (they could have had it removed), I’d say they more resemble a diseased parasite – feeding on its host until its host dies, even at the risk of dying itself!