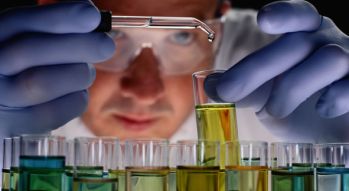 (Bruce Japsen, Chicago Tribune) – With world health officials worried about the global outbreak of another deadly virus, Deerfield-based Baxter International Inc. once again finds itself involved in the action.

Baxter confirmed over the weekend that it is working with the World Health Organization on a potential vaccine to curb the deadly swine flu virus that is blamed for scores of deaths in Mexico and has emerged as a threat in the U.S.

My Commentary: It has only been a little over a month since the pharmaceutical company, Baxter International, was caught red-handed attempting to distribute Influenza vaccines contaminated with deadly live Avian Flu Virus to 18 different countries around the world. It was soon discovered by INDEPENDENT MEDIA SOURCES that Baxter International just so happens to own the rights to “Celvapan,” the world’s first cell-culture based H5N1 (avian flu) pandemic vaccine! So, why on Earth would Baxter be chosen to head efforts for the creation of a Swine Flu Vaccine? And, why, in our right minds, would we allow this despicable company obtain a sample of the swine flu virus? This is a chilling exercise in what BIG PHARMA “medicine” is really all about: MANUFACTURING DISEASE, then PROFITING from a MONOPOLISTIC, PATENTED “CURE.” When is enough enough? When will we FINALLY DECIDE TO STOP these SOULLESS, PARASITIC, VAMPIRE-COMPANIES from FEEDING OFF OF OUR HUMANITY!?