Man Banned from His Own Land for Living Off-Grid:

My Commentary: Psychopathic, authoritarian, do-gooder, busy-body State will abduct and cage you for your own safety, if you don’t submit your peaceful existence to their sub-par, monopoly-based municipal “services”.

Government-enforced customer bases: because use of threats and coercion are much easier than operating a productive, legitimate business model! 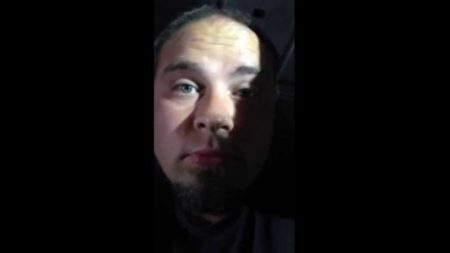 A video submitted to The Free Thought Project Friday by homeless veteran Aaron Colyer, shows the repugnant reality that is the American Police State.

Colyer, a 4 year veteran of the USMC and Army National Gaurd, tells The Free Thought Project his recount of America’s new war on the right to exist.

My Commentary: Keep dutifully paying your “fair share” of taxes, America. 😉 This way, the State can continue hiring mercenaries in your behalf to harass and ticket the homeless! And, by extorting the destitute for cash they don’t have, these vulnerable members of society will be forced to either go into hiding or to relocate, otherwise they will eventually face jail time for failure to pay the State’s “victimless ‘crime’ extortion fee” (AKA “a fine”)!

My Commentary: The above clip is an excerpt of speech that was delivered by Mike Prysner at the Winter Soldier event, organized by Iraq Veterans Against the War. It was held in Washington, D.C. from March 13 through March 16, 2008.

Mike is a veteran from the Iraq War, and an outspoken opponent of what he sees as the military occupations of Afghanistan and Iraq. He is very convicted in his beliefs, and has written many scathing articles, deconstructing the myths associated with our military’s current war efforts, and revealing the true reality of our government’s involvement in the Middle-East.