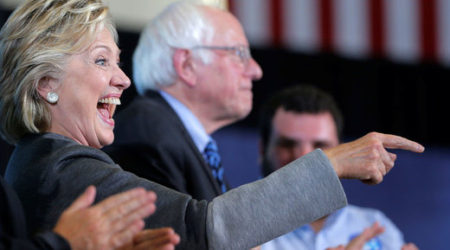 The story has nothing to do with the content of Clinton’s hacked emails, which show she stole the nomination from Bernie Sanders. The main story was submerged in this outcry against Russia, former CIA officer Ray McGovern told RT.

During a news conference at the 2016 BRICS summit for five major emerging economies, Russian President Vladimir Putin discussed Washington’s latest threat to launch a cyber-attack against Russia based on unsubstantiated claims that Russia had somehow interfered in the 2016 presidential election, which is already being called the most scandal-filled contest in American political history.

Putin added that US intelligence could be keeping tabs on all journalists.

RT spoke with former CIA officer Ray McGovern for his views on the situation.

(Psst… don’t look now, but your lack of credibility is showing)