Statism is the World’s Most Popular Religion! 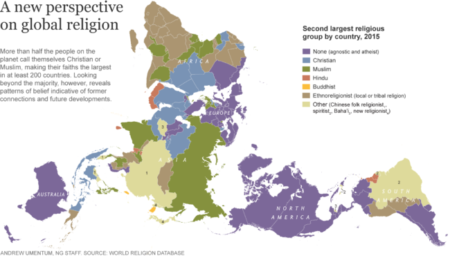 “A new perpsective on global religion: More than half the people on the planet call themselves Christian or Muslim, making their faiths the largest in at least 200 countries. Looking beyond the majority, however, reveals patters of belief indicative of former connections and future developments.”

Rayn: Except for the fact that Statism is a Religion… and, it’s also the world’s most popular one, too.