In Complete Abuse of Law, North Carolina Teen Charged With Sexually Exploiting Himself for Possessing Nude Photos of Self on His Phone 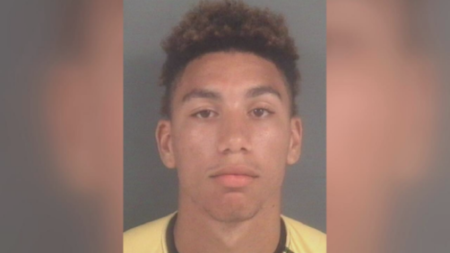 Teen Boy Will Be Charged As Adult For Having Naked Pics of a Minor: Himself:
http://reason.com/blog/2015/09/02/teen-boy-will-be-charged-as-adult-for-ha

(Robby Soave) A North Carolina 17-year-old caught in a sexting scandal faces charges of sexually exploiting a minor that could land him in jail for up to 10 years, since the law considers him an adult. But one of the minors he supposedly exploited is himself­—which raises an obvious question: how can a teen be old enough to face adult felony charges, but not old enough to keep a nude picture of himself on his phone?

Unfortunately, that’s the Kafka-esque nightmare in which Fayetteville-area high schooler Cormega Copening finds himself after exchanging private nude photos with his girlfriend—with whom he is legally allowed to have sex, but not to sext.

One Response to In Complete Abuse of Law, North Carolina Teen Charged With Sexually Exploiting Himself for Possessing Nude Photos of Self on His Phone