Vice.com Irresponsibly Promotes Misandristic Eugenicist Paradise Espoused by Feminazi Persona Without Even a Single Hint About Satirical Nature of Piece 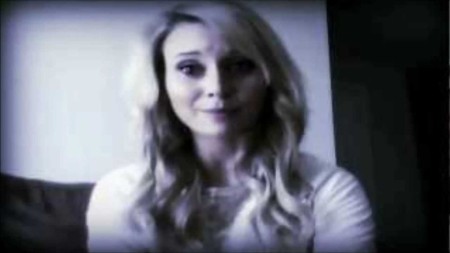 Rayn: The Woman Who Thinks Reducing the Male Population by 90 Percent Will Solve Everything:
http://www.vice.com/read/is-reducing-the-male-population-by-90-percent-the-solution-to-all-our-problems

The interview is absolutely vulgar, positively grotesque, and purely evil! It truly is one of the most sickening things I’ve read in a long, long time.

Jonas A.: Maybe we should reduce her brain cell…try lobotomy! >:O

Katherine C.: You realize she’s a jaded 22 years old right? Not enough life experience to know what would happen if that actually happened.

Rayn: Well, I’ll be! That changes everything, Katherine. Now that I know this important fact, I completely rescind my overly-harsh assessment of her interview, and instead, I think I’ll just coddle her, while she espouses her dangerous, disgusting, delusional feminazi eugenics rhetoric to all the other “jaded” young women around her…

Katherine C.: Overreacting much? Of course she’s ridiculous and absurd and probably a bit of a sociopath but she’s also a sick kid! And I NEVER said anything about coddling! She’s another loon like so many out there. I simply made an offhand comment. Not to be taken so seriously, Rayn.

Rayn: She is old enough and educated enough to know better, and her monstrous level of misandry is despicable. When I was her age, neither myself, nor any of my peers, even entertained such blatant hatred, let alone go about the business of working on a 700-page manifesto full of it! And, the intellectual dishonesty she engages in to push her elitist agenda is astonishing! She actually claims that reducing the male population by 90% will bring up the value of their gender. To understand my reaction, simply imagine if she said the same thing about an ethnic group or religion not her own! There would be no excusing it, then, I’ll bet!

Besides, I’m sad to report that I have seen other college-educated women, even older than her, calling for the full elimination of the male gender, and citing the same recent “science” about the “discovery” of female-only fertilization techniques as their “reasoning.” It truly makes me sick!

I know you didn’t say anything about coddling this woman. That was my sarcastic “solution” to your comment. My apologies for any confusion it caused.

Katherine C.: No need for apologies. It’s just that at this point I’M the one that’s jaded from all the extreme crazies I’ve seen in this world. I just don’t take them seriously; I shake my head at the nonsense and move on. And the reason I said that she’s a bit of a sociopath is cuz she’s calling to just kill off a bunch of men who include good men who are fathers and husbands and sons.

Bram C.: I did some more research, this is actually a satirical persona of a very bright young woman by the name of Krista Milburn.. i guess this a perfect example of satire being mistaken for the real thing because the real thing is already a caricature of itself.

Bram C.: She is not even a Feminist apparently, she created this persona to satarise some aspects of modern Feminism

Rayn: Interesting, Bram. I’d call the article a SATIRE FAIL, by virtue of the fact that Vice.com is not even a satirical publication, in general, nor was there a single disclaimer that the article was satire, at the end of it. That makes it some very irresponsible journalism, from my perspective!

Apparently, their occasional “satirical” tweets have caused so much confusion in their readers, it garnered Vice.com a Wiki mention for it. It’s completely unethical for them to repeatedly do this:

In the end, the interview is much too close to reality for comfort, and the publication provided no legitimate indication that it is anything but real! I mean, remember when the psychopathic feminazi, Valerie Solanas, who later attempted to murder Andy Warhol, was espousing a similar dangerous rhetoric?

Then, there’s this sick ideology, which has had many supporters over the years:

I can provide more examples, if necessary…

And, as I said above, I actually personally know other college-educated women who have even more extreme anti-male beliefs, too, and the number seems to rise by the year. Sadly, the ones I refer to aren’t even militant lesbians, either, but are radical feminist heterosexual women in relationships with men! So, in my estimate, there’s no reason to leave this sort of wicked ideology unexposed and unchecked, regardless of the so-called “satirical” nature of it (which apparently requires extra, outside research to discover, strangely enough).

The fact that this interview is not properly labeled as “satire,” as it should have been, seems awfully suspicious, if you ask me. It’s almost as if it was published by Vice.com in this way with the underlying purpose of downplaying a very real and dangerous ideology, in an effort to leave the general public less on guard about it, which will only allow the rhetoric to spread, unchallenged, and hence, unabated, and with greater speed.

Bram C.: I agree it should have been labeled as Satire

Greg C.: I gotta better idea…how about I lock her up in a fuckin birdcage and feed her trail mix and room temperature water for 6 to 8 months. She sounds like a full on lesbian Hitler… Some of the stupidest spew I’ve ever read…