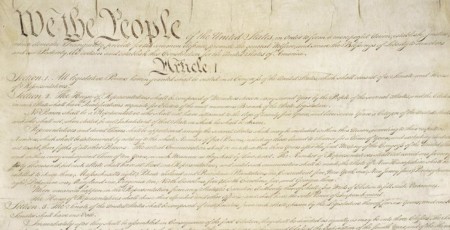 The Constitution of the United States

Only 36 Percent of Americans Can Name the Three Branches of Government:
http://www.washingtonpost.com/blogs/govbeat/wp/2014/09/18/only-36-percent-of-americans-can-name-the-three-branches-of-government/

(Reid Wilson, Washington Post) Wednesday marked national Constitution Day, the 227th anniversary of the signing of the U.S. Constitution. But only 36 percent of Americans can actually name the three branches of government the Constitution created.

That’s according to a new survey from the Annenberg Public Policy Center, and it shows a huge percentage of Americans might need to take a civics refresher course.

Only 38 percent of Americans knew the Republican Party controls the U.S. House of Representatives, while 17 percent think Democrats are still in charge. The number of people who knew Republicans were in charge has dropped 17 percent since the last time Annenberg asked, back in 2011, right after Republicans reclaimed control.

My Commentary: And, yet, here the ignorant majority stand – trying hard to convince me that I should blindly trust the government, just like their sorry asses do! Meanwhile, they haven’t even bothered to understand the American government’s “checks and balances,” which were put in place PRECISELY because the State cannot be trusted with authority! LOL!