Shittiest Way to Die, Ever! 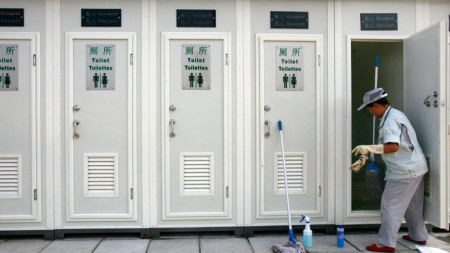 Two people have died and three were injured in a Chinese septic tank accident after attempting to retrieve a lost telephone which had been dropped down a toilet. The fumes caused the first rescuer to pass out, and die. More people followed him in.

Six people in total had to be pulled out of the septic tank by hundreds of villagers, who rushed to the scene to feed ropes down the small brick hole in a rescue attempt.

My Commentary: This is both literally and figuratively the shittiest way to die that I’ve ever heard of… That two lives were claimed is even more ill…

One Response to Shittiest Way to Die, Ever!