545 Representatives Ruling Over the American Hive 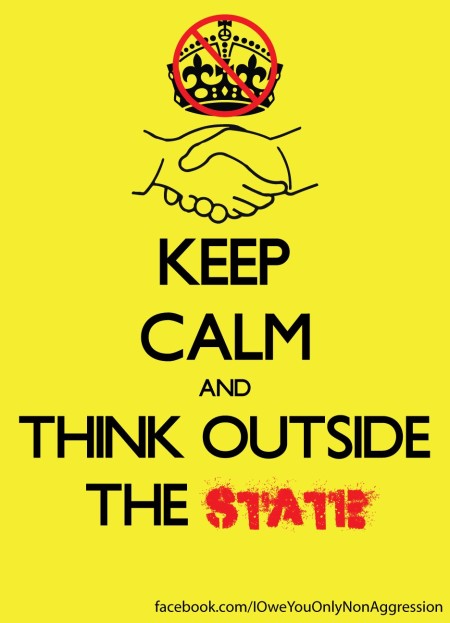 “Keep Calm and Think Outside the State” artwork by “I Owe You Only Non-Aggression,” and originally located here)

The 545 People Responsible for All of America’s Woes (July 2001 version):
http://www.apfn.org/apfn/woes.htm

(Charlie Reese, Orlando Sentinal Star) Politicians are the only people in the world who create problems and then campaign against them.

One hundred senators, 435 congressmen, one president and nine Supreme Court justices – 545 human beings out of the 235 million – are directly, legally, morally and individually responsible for the domestic problems that plague this country.

My Commentary: The math speaks for itself: 545 “representatives” rule over the more than 300 million Americans who make up this nation. Almost none of them have even met us or know us, about half of them are out-of-touch millionaires, and the vast majority could give two shits about our life, liberty and happiness!