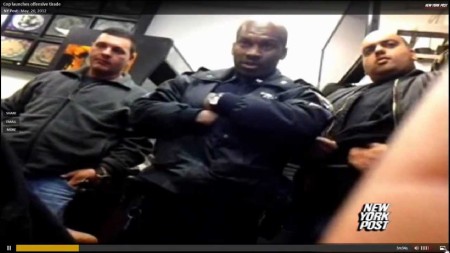 One Response to NYPD Officer Threatens to Sodomize Suspect