Just Say “No” to War With Iran! 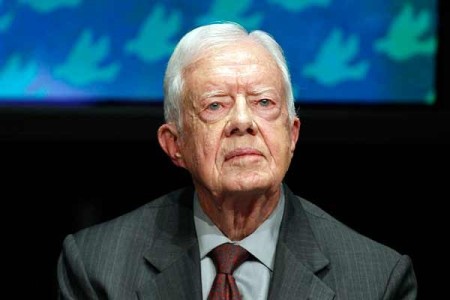 (Agence France-Presse) Former US President Jimmy Carter warned against a possible war with Iran Monday as he decried his nation’s involvement in unjust conflicts at a summit of Nobel Peace Prize laureates in Chicago.

Carter, a naval veteran who served as Democratic president from 1977 to 1981, said that while he is “not against conflict when necessary,” the criteria for a just war are often not met.

My Commentary: Do not believe in the false religion of violence, murder and war as “necessary.”

“War is a way of shattering to pieces, or pouring into the stratosphere, or sinking in the depths of the sea, materials which might otherwise be used to make the masses too comfortable, and hence, in the long run, too intelligent.” 1984 – George Orwell