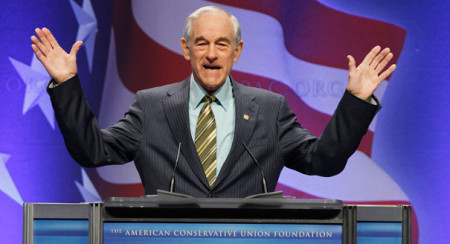 “Just think if we had influence in the media,” said Ron Paul (photo by AP)

(CBS News) For the second year in a row, libertarian Congressman Ron Paul won the unofficial presidential straw poll at the Conservative Political Action Conference. As CPAC organizers announced the results, the Texas Republican’s young supporters jumped to their feet and cheered, while some in the audience sat quietly resigned and others shook their head in exasperation.

My Commentary: Another win for the Libertarian Party! Ron Paul 2012!