Amusing Ourselves to Death?

Amusing Ourselves to Death:
http://www.recombinantrecords.net/docs/2009-05-Amusing-Ourselves-to-Death.html

My Commentary: The above illustration, by Stuart McMillen, was developed using the book, “Amusing Ourselves to Death: Public Discourse in the Age of Showbusiness,” by Neil Postman, which, among other things, juxtaposes Orwell’s “1984” with Huxley’s “Brave New World.” 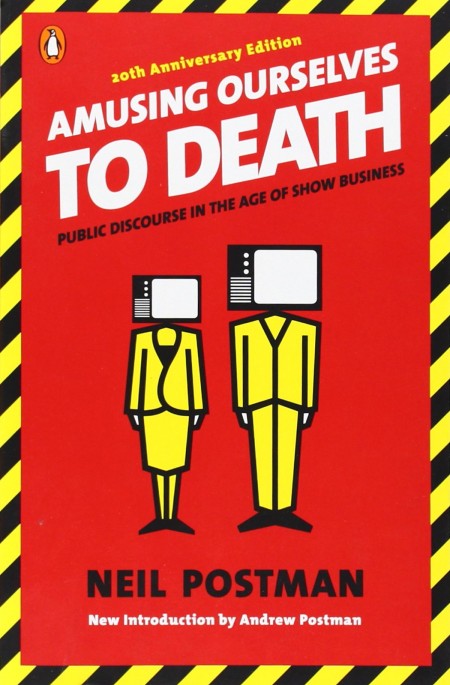 Amusing Ourselves to Death: Public Discourse on the Age of Show Business

Postman’s book stipulates that Huxley’s dystopia, not Orwell’s, was correct in describing the future of Western society. However, I reject this false dichotomy, and view BOTH authors as PRECISELY right. And, in reality, taking into account elements of both “Brave New World” and “1984” would garner the MOST ACCURATE description of America.

For example, in the first set of Postman’s comparisons (summarized by McMillen in the first two boxes of the above illustration), the government bans books in “1984,” while the distracted public is uninterested in reading books in “Brave New World.” Yet, truthfully, these have BOTH been happening at the same time!

Flashback 1920: Ulysses Banned for 12 Years in the United States
US Post-Office was Intrumental in Achieving the Censorship of Classic Literature:
http://www.pbs.org/wgbh/cultureshock/flashpoints/literature/ulysses.html