The following correspondence originally took place the website of my friend, and fellow Autistic self-advocate, Jason Ross, “Drive Mom Crazy,” upon his blog post, “This Was Too Much for a Tweet, So Look Here“… 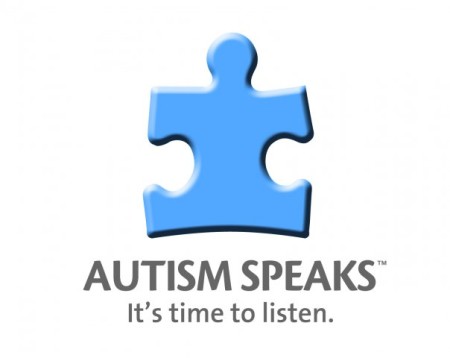 Listen to the Tax Returns, that is…

Jason Ross: Recently, I noticed Autism Speaks tweeted about how in 45 years The United States of America will be a country of Autistic people. I saw it was even retweeted by someone I follow on my twitter page as well. When I went on Autism Speaks twitter page just now before I posted this, I just noticed it is no longer on their twitter page. Did Autism Speaks realize what they said was absurd?  What was the meaning of Autism Speaks statement? What is the message that they are trying to convey to the public? Is it a scare tactic! Is it really the truth! Autism does not make us horrible nor does it make us incapable.  Autistic people can achieve and fit in to society because it is a handicap like any other.  So why make such an unrealistic and a false statement about Autism? It is a very unrealistic statement since Autism has been around for generations.

Many people have only just begun to acknowledge it in the past 10 years. Autistic people can and will succeed if only the negativity can stop trying to say having Autism makes a person a failure.   There are some conditions which can incapsulate us and make us feel weak. If only every one can feel strong enough to use their condition to feel good and embody strength from any one’s conditions. Autism Speaks falters to understand the idea someone who has any condition even be Autistic can succeed. Autistic people can at times develop seizures and many sensory issues, but it does not mean you classify those people as a failure. We live on this planet to earn our way up the ranks until we die and move on. Instead of speaking of the issues Autism Speaks brings up by saying we are all in a crisis, only then Autistics can soon be a part of society. Well, What’s wrong with Autistics being a part of society? Every thing does happen for a reason and we need to accept those reasons to live our life. May be the reason every one is acknowledging Autistic people in the last 10 years is because every one finally sees the hurt Autistic people have had through the years. I am not saying Neurotypicals don’t go through pain, they do, but this is different. This is Autism!

Autistic people grow up to be functioning Adults! It’s a fact! Believe me Autism Speaks, you need to understand the adults in this world who have Autism and will grow old with it. Autistics need patient people to help.  Autistics have trouble doing it on our own, but can with the right support given to them can succeed.  We can and will be able to move behind the low expectations that Autism Speaks conveys to the public. For all the Autistics living their childhood now, the earlier Neurotypicals help them, the more they will be more competent Adults than some Autistic Adults today who are struggling from lack of early intervention. The older Adult Autistic population are suffering with Autism because no one recognized Autism when they were growing up and through their early adulthood. This is a shame, but at least the newer generations are compensating for that. Why does not Autism Speaks try to help those Adults who are trying to fit in to society now?

It does not matter if you are in an organization like Autism Speaks or just an average person, you can help out someone with any handicap to ease their pain. Autism guarantees success if only every one brings their heads together to recognize it early and let Autistic people embrace themselves like every one else.  Strengthening egos can make any one more happy.  What will you do?  Fight for the rights of Autistic people who need positive reinforcement to succeed or spread the negative words of failure Autism Speaks conveys! It’s your choice.

To answer your question, “Is it a scare tactic?,” I’d like to refer you to the following AutismSpeaks video, released on Sept. of 2009, entitled, “I Am Autism”:

http://www.youtube.com/watch?v=HDdcDlQVYtM
(note: sadly, all traces of this video have since been scrubbed from YouTube)

I Am Autism – Autism Speaks Ad:

I believe that it perfectly illustrates much of what you were able to deduce about AutismSpeaks upon reading just a SINGLE ONE of their ridiculous, FEAR-MONGERING Tweet posts!

Here is some feedback about the video from the autistic community:

Yet, there are other important questions to consider regarding AutismSpeaks! And, a few can be answered by reading the following articles, which expose the unsavory financial dealings of this organization:

Autism Speaks Controversy:
http://web.archive.org/web/20101206151744/http://www.suite101.com/content/autism-speaks-controversy-a247717
*Note the fact that the actual tax return for AutismSpeaks! is the reference.

Apparently, “the organization participated in an affinity credit card program and the promotion does not indicate how much AS receives when a new account is set up and what percentage of each sale is given to AS anytime a purchase is made with the card.”

There is an obvious lack of prudent decision-making on part of Board of Directors at AutismSpeaks, and this trend is marked by six-figure salaries for their top executives, lavish donor parties, thrown at a pure loss to the organization, expensive and damaging ad campaigns, large legal expenses, and the list goes on.

Even more interesting is the fact that, to this day, all past and current members of the Board of Directors are neurotypical:

Only a few months ago, did AutismSpeaks finally grant its very first individual with an autism spectrum diagnosis membership to their Board… their ADVISORY BOARD, that is!

AutismSpeaks! also merged with “Cure for Autism Now” a while back, in Feb. of 2007:
http://www.autismspeaks.org/press/autism_speaks_can_complete.php

This is a red flag to the many autistics, and also those with an autism spectrum diagnosis, who do not seek a “cure,” but rather, understanding and an equal opportunity in NT-oriented society.

There is still another controversy surrounding AutismSpeaks, based on the release of their 2006 film, entitled, “Autism Every Day.” In one clip of the film, Alison Tepper Singer, then-Senior Vice President of AutismSpeaks, discusses her homicidal/suicidal desire to drive herself off a bridge, along with her autistic daughter, and how thoughts of her NT daughter are what prevented her from carrying out her murderous fantasy:
https://www.youtube.com/watch?v=C7NTfZzS9b8

Here is a well-written review of the film:

As far as I’m concerned, AutismSpeaks does not represent a TRUE, HONEST VOICE for the autism community, and the organization has proven that it cannot be entrusted with the task of informing the public about the autism. They will never get my money.

There is even an organization that has formed in response to the actions of AutismSpeaks. Be sure to check it out:

(note: many of the above links have been either memory-holed, or are simply no longer available, since this article was first published, and so, have been restored using updated links, or copies available through webarchive.org)

One Response to Discussing the Organization, “Autism Speaks”…