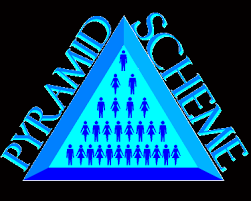 Rayn: “Ever since the institution of the Constitution, revolution’s been the only solution to fight the mind pollution!!”

Boris P.: we should have communism back. So that everyone gets a job and still be broke!!!

Rayn: Have it back? Ha ha! I think you’re confusing America with Russia. However, your description of communism is flawless, so I’ll still give you props!

Kenny C.: WE MIGHT AS WELL BE COMMUNIST, I THINK ACTUALLY THIS COUNTRY WOULD BE ALOT MORE EFFICENT IF WE WERE COMMUNIST. CONSIDERING ALL THE RESTRICTIVE LAWS IN THIS COUNTRY, NOT MUCH WOULD CHANGE WITH COMMUNISM, EXCEPT THE FACT THAT THERE WOULD BE LESS OF A GAP BETWEEN RICH AND POOR, AND ECONOMY WOULD OBVIOUSLY BE ALOT BETTER.

Boris P.: Kenny – Grass is always greener on the other side…

Rayn: Communism, much like Corporate Capitalism and Socialism, is a HOPELESSLY FAILED HIERARCHICAL SYSTEM that breeds CORRUPTION & GENOCIDE! Once in place, elections vanish, and are quickly replaced by a single-party TOTALITARIAN government! Historically, communism has never worked, and some of the WORST DICTATORS to date rose to power under this system, including Mao Ze-Dong & Jozef Stalin, who collectively mudered almost 100 MILLION INDIVIDUAL (making Hitler’s 12 million murders seem like child’s play)! Communism helps along the EUGENICIST AGENDA of KILLING “UNDESIRABLES,” like the mentally challenged, the disabled, and certain religious or social groups, in order to keep costs low for the working class! Ze-Dong & Stalin were hailed as “heroes” by many of those living in their respective countries, because they had the “courage” to do the “grisly math” necessary to make communism a socially & financially viable system! Just like CORPORATE CAPITALISM, COMMUNISM SLOWLY TRANSFERS a NATION’S WEALTH INTO THE HANDS OF A FEW, GREEDY SUPER-ELITISTS!

Cindy Sheehan: sounds like the same thing that happens when out of control crony capitalism happens….