The following correspondence originally took place on my Facebook wall, upon my post, “Hillary Clinton, the Unrepentant Warmonger“… 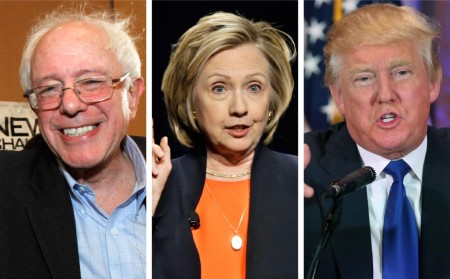 Rebekah P.: Yo The Newspapers I just saw in the store were literally signs o the Times! Wish I was able to post them now, one stated: Trump win=Apocalypse. The Wall St Journal has a pic of Big Bif & Hill side by side, one red & one blue shaded looking like evil eyed Twin idiots

Here’s a recent article I posted about him…

Both Historically and Presently, Berie Sanders Does Not Qualify as a Legitimate Peace Candidate:
http://acidrayn.com/2016/02/27/both-historically-and-presently-bernie-sanders-does-not-qualify-as-a-legitimate-peace-candidate/

Rayn: Here’s another writing I posted… that you’ll likely appreciate…