The Majority Cannot Give Consent for the Minority

The following correspondence originally took place upon my Facebook wall, after I posted artwork being shared by the page, “Being Free“… 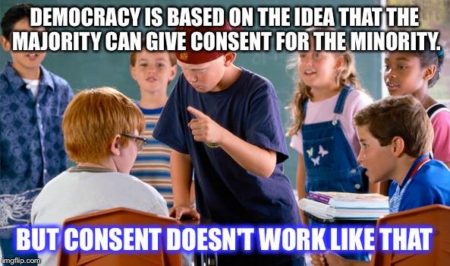 “Democracy is based on the idea that the
majority can give consent for the minority.
But consent doesn’t work like that.”

Jordan K.: I want to post this photo every day of my life. I might just print this out and start putting it on telephone poles. 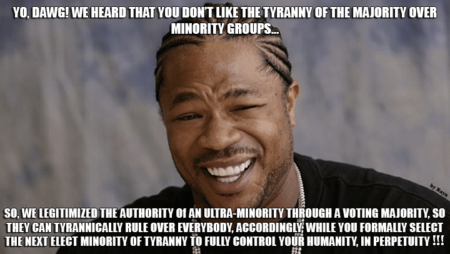 2 Responses to The Majority Cannot Give Consent for the Minority