Vote for Criminals to Rule Humanity, or Live Free?

The following debate originally took place on my Facebook wall, upon my post, “Why Ask Criminals for Permission to Live Peacefully?“…

Rayn: Why ask criminals for permission to live peacefully? 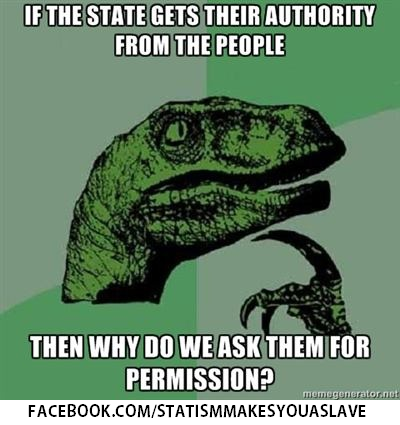 Daniel F.: Because too many people seem to have forgotten that fact, and keep voting for the same crooks over and over again. Big money has so infected the system that even those who actually start out with honest intentions have to bend over to appease the corporate big money overlords if they want to have any chance of getting elected and then remaining in office.That is why the Occupy movement is so vilified – because they know who the real enemy is, and unlike the Tea Party the self-appointed powers-that-be aren’t going to be able to turn them into a seething ball of hate against anything they can get them to perceive as “anti-American” while making sure that their attention is never turned toward the actual enemy – the corporate fatcats and Wall Street banksters.

Rayn: Hmmm… Who did you vote for in America’s 2012 presidential elections, Daniel?