Are You a Human BEING, Animated by Love, or a Human Battery, Animating a Dead Body of Lies & Tradition? 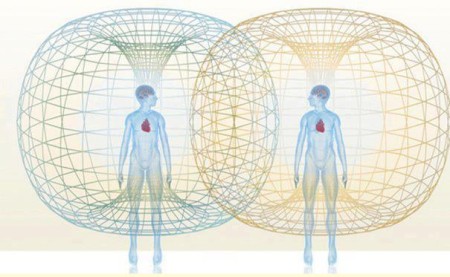 “The human Heart is now documented as the strongest generator of both electrical and magnetic fields in the body. Important, because we’ve always been taught that the brain is where all of the action is. While the brain does have an electrical & a magnetic field, they are both relatively weak compared to the Heart. The Heart is about 100,000 times stronger electrically & up to 5,000 times stronger magnetically than the brain. Important, because the physical world – as we know it – is made of those 2 fields: electrical & magnetic fields of Energy. Physics now tells us that if we can change either the magnetic field or the electrical field of the atom, we literally change that atom and its elements within our body and this world. The human Heart is designed to do BOTH.” ~David Math, TruSparta.

My Commentary: As the Cowards-that-be convince us that this whole entire Universe, with all of it’s signs, wonders, laws and order, is just “chance” (a Canaanite deity called “G-d” by the ancient Babylonians & still called by the SAME name and character to this day), they continue their “great work” of harnessing our collective energy for their own intoxication! The question is: are you a Human BEING, animated by Love of Life, or Human BATTERY, animating a DEAD BODY OF EMPTY LIES and STALE TRADITION?