Never Hate on IBM, or Hold the Company Accountable for their Crimes? 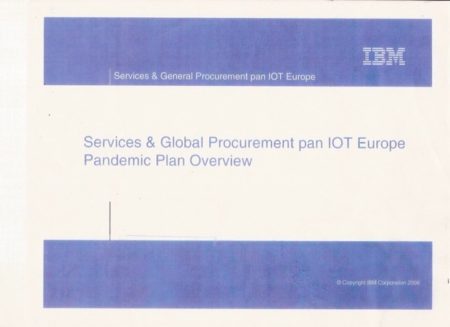 Rayn: I will ALWAYS hate on IBM, along with any other soulless corporate entity that sells out humanity in pursuit of power, profit or control!Did you ever worder WHY IBM is even considered “the MAIN REASON” we have the PCs? Since the company denies all culpability in their collaboration with the Third Reich during WWII, and historical documents prove that IBM leased custom-configured punch-card machines to the Nazis, along with exclusively-made punch-cards, while running on-site customer service stations in most of Hitler’s concentration camps to provide monthly tune-ups to their hardware, we know that they are nothing more than lying war-criminals and war-profiteers, still covering their tracks to this day. And, because of IBMs efforts to whitewash their actions, we still know very little about the overall dealings that constituted this evil collaboration between corporation and goverment.What we do know is that during the reign of the Nazi party, German scientists, who were already ahead of the curve in many fields, worked around the clock to develop the latest in war technologies and medical procedures (to heal soldiers). They conducted many ghastly experiments on thousands upon thousands of unwilling prisoners and mental patients, even before they began focusing their efforts on concentration camp victims. Many of these which procedures were conducted in super secret. Historically, we cannot deny the fact that Nazi technology was highly-advanced and cutting-edge, “seemingly” inspired from “thin air.” That is to say, we cannot say just how much NAZI TECHNOLOGY was CREATED by REVERSE-ENGINEERING the MOST PERFECT ORGANIC MACHINE KNOWN to man: THE HUMAN BODY, and more specifically, THE BRAIN. Read about “Project Paperclip,” and how the US hired Nazi scientists to help win the Cold War:http://news.bbc.co.uk/2/hi/uk_news/magazine/4443934.stmAccording to the article, “the range of Germany’s technical achievement astounded Allied scientific intelligence experts accompanying the invading forces in 1945.” Obviously, America felt that Germany’s scientists would be a great asset to their scientific military endeavors.Another thing we also know is that countries began santioning Germany leading up to WWII, and the Nazis turned to corporations and banksters to help finance their efforts, as well as launder their money. I will post more about the bankster collaboration soon, but to understand what I mean, briefly, read the following article, entitled “The History of the Computer – First PCs and the Future Computer Timeline”:http://www.superwarehouse.com/blog/2008/09/history-of-computer-first-pcs-and_2477.htmlAs you can see, the very first computer was developed by Nazi scientist Konrad Zuse between 1936-1938.Now, read the Wiki entry on Konrad Zuse:http://en.wikipedia.org/wiki/Konrad_ZuseAs you can also see, according to the article, “In 1946 Zuse founded one of the earliest computer companies: the Zuse-Ingenieurbüro Hopferau. Capital was raised through ETH Zürich and an IBM option on Zuse’s patents.”Apparently, shortly after WWII, IBM, already collaborating with the Third Reich, decided to financially-back the Nazi technology that created one of the earliest computers. This same company then goes on to later make one of the world’s first affordable home PCs! Connect the dots, and consider the cost, and somehow, this achievement doesn’t seem so great!