Jenna G.: I love this video!

Sara: Me too, Jenna! It gives me goose bumps every time.

Thomas Pa.: If I might humbly suggest a few favorites of my own…….

Isis S.: LOLOL! i seen this, it was strange as fuck and made me feel uncomfortable lol

Sara: Thomas – I’m a huge Sia fan. I love the entire Some People Have Real Problems album and I used Breath Me in a memorial video I made for a friend I lost. Thanks for the suggestions!

Thomas Pa.: Never knew about her. One of the wonderful things I have discovered since I started listening and refining my stations on Pandora.

Sara: Isis – I loved the video. Its interpretive dancing and I interpreted it as 2 versions of Sia’s feelings battling it out. I didn’t find it sexual and was shocked people did. I actually always thought Shia LeBeouf was a douche until he did this video. It invokes emotion in me. He and Maddie Ziegler played their parts amazingly.

Thomas Pa.: You are a little young to start losing friends. …I am sorry.

Isis S.: emotional dance is fine, but if you wanna start talking about some of the touching and parts in people’s faces with an age diff like that it gets blurry and weird. it could have been without

Thomas Pa.: Oh …..the age difference thing….well I guess it’s not as bad as racism or sexism but it’s still something people need to work on.

Sara: I don’t think the video would have had the same impact if if had been 2 actors of the same age. It could be her inner child who represents innocence versus someone older who broke her heart that she battles internally. At a certain point she then changes her mind and tries to help him to be free but it’s too late, he can’t be saved. I seriously don’t see the problem with any of the dance moves that they used. If you’re talking about the very end at around 4:59 when she’s outside the cage trying to pull him in and he’s crouched down while she’s standing up, well I guess if you have a dirty mind you would see that her crotch is near his face but in that moment she’s supposed to be in pain and accepting that he cannot be saved and she has to save herself. She’s thrusting herself in sadness, not gyrating her hips in a sexual way like Miley Cyrus, while trying to pull him out of the cage and he’s slowly slinking down as if he’s dying. I don’t get uncomfortable when a father has his child on his neck giving her a piggy back ride and technically their crotches are near their parents faces. Not all adult/child interactions are sexual. Obviously, Shia LeBeouf is not Maddie’s father in real life, but that’s the beauty in acting and art and creative freedom. I wouldn’t change a thing about it.

Erin P.: I didn’t see anything sexual either. I thought it was very fatherly. he didn’t touch her inappropriately at all. I loved the video it so powerful emotionally. it thought it was superb.

Erin P.: it really reminded me of a father trying to calm down his wild child. my favorite part is where she flips over on to his back and he carries her and he looks at her like a child …people who see something sexual in it really need to question themselves.

Sara: Yes, I loved when she was behind his neck but then he pulled her to the front and cradled her like a baby. It really is fatherly at certain points. She hates him but she still loves him and when he cries at the end he knows it’s too late for him to be with her. I wish Sia hadn’t apologized for it to anyone. It’s her vision and it was beautiful.

Erin P.: me too.. it gives credit to their claim when there was none. and if you were some kind of victim of something then sorry there may be things in this life that can trigger bad memories but that is something you have to deal with. not the artists fault. people are too idk sensative now or something

Sara: I agree! If she did apologize it should have been #sorrynotsorry and then 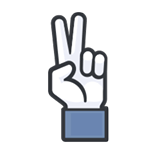 Erin P.: yup…I hope it gets an award. I really love it. The first time I saww it i watched it like 4 or 5 times.

Sara: I rewatch it everytime someone comments on it. LOL I think i need to watch it to death to get it out of my system. I do the same with songs I love. Play them over and over and over til it feels like it’s embedded in there for life lol

Erin P.: sia is cool she had me hooked in the first time I heard breath me at the end of the final episode of 6 feet under

Sara: Me and my sis Rayn, were just talking about that final episode of 6 Feet Under! Ugh, I miss that show so much!

Thomas Pa.: I feel like a complete freakin idiot– I never realized Rayn was your sister 🙂

Sara: There’s only like 8 or 9 Kleipe’s in the whole USA.

Thomas Pa.: When I miss something – it’s usually something fairly obvious.

Rayn: To me, this song and music video artfully symbolize Sia’s bipolar condition, as depicted through her conflicted and tumultuous childhood relationship with her father, who suffered from a dissociative identity disorder. The choreography doesn’t make me feel uncomfortable in any way. It perfectly depicts a riveting scene of intense emotional conflict and struggle, in a way that I cannot imagine any other efforts or attempts to display would even come close to capturing. I’m both amazed and intrigued by the video, and have watched it over a dozen times, since yesterday! Thanks for sharing, Sara! 🙂

Thomas Pa.: Lot of background there I am not familiar with.

Sara: That’s really interesting, Rayn! Thank you for sharing your opinion of the video and I’m glad you liked it. I know I scored when you have good feedback on something I showed you! 🙂