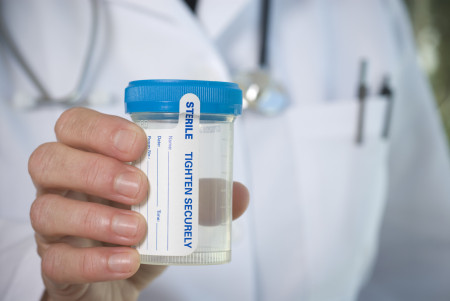 Arielle K.: Florida is the first state that will require drug testing when applying for welfare (effective July 1st)! Some people are crying this is unconstitutional. How is this unconstitutional yet it’s okay that every working person had to pass a drug test in order to support those on welfare? Re-post if you agree!!! Let’s get welfare back to the ones who NEED it, not those that just WANT it!

Sara K.: Disagree. A lot of people on welfare were once working class citizens, therefore it was there own tax paying dollars that are being paid to give them a hand up. I don’t think jobs or welfare should be able to ask you for your bodily fluids. Nobody but a doctor should need to get your piss. If we keep allowing our constituional rights to be stripped from us, then what’s next?

Sara J.: Why not? When I went into the military I had to give blood, and to be a teacher I had to be fingerprinted, why is it that those who want something for nothing scream bloody murder when asked to prove they deserve the benefits, or are even entitled to them, when plenty of jobs require the same thing…if you want something, prove you need and deserve it.

Sara J.: This also goes for fingerprinting, especially, everyone should be fingerprinted and then when people try to pull scams they would get caught…it’s only the criminals who scream because they know they can no longer max out somelthing their not entitled to…or get caught and locked up… (Click Here to Continue Reading This Post) →