The following correspondence originally took place here, after I was tagged in the comments section of the post by family… 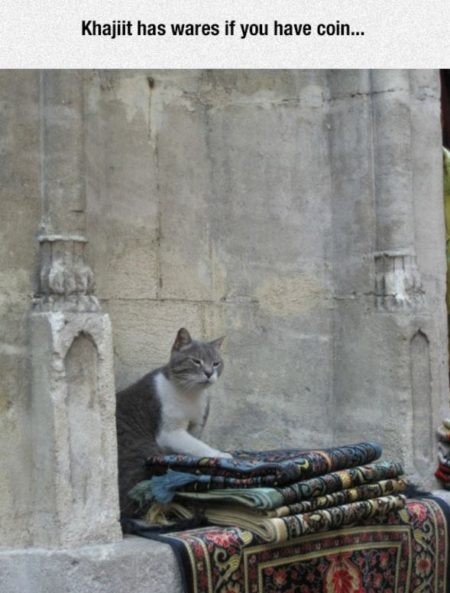 “Khajiit has wares if you have coin”

Rayn: Sneaky Khajiit has something sweet for the fellow traveler, if it entices! 😉

As I scrolled through my Facebook news feed, I discovered the following photo, being shared by an acquaintance from here, and originally posted it to my own wall, along with commentary… 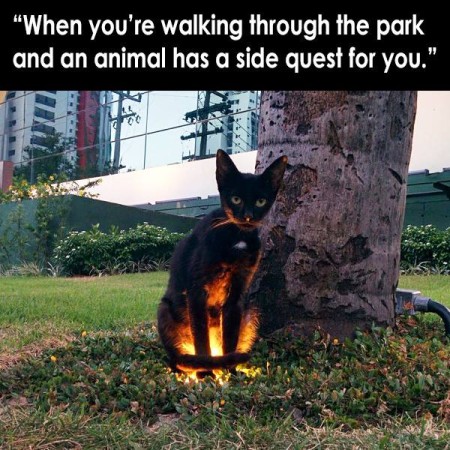 “When you’re walking through the park and an animal has a side quest for you.”

The following correspondence originally took place on my Facebook wall, upon my post, “Atari 1040ST PC Version of Introduction Song to the Classic Video Game, ‘Alternate Reality: The City’“…

Rayn: This never ceases to put a smile on my face! 🙂

Steven C.: I never heard of the game

Rayn: It’s from 1986, but I first played it when I was eight years old. Most probably haven’t heard of it, but it’s still one of my favorite games of all time! It brings back so many memories when I listen to the songs from it! I had to upload them to YouTube myself, since I couldn’t find the Atari 1040ST version, which sounds somewhat different from other versions, since it’s from a computer, and not a console, like all of the other ones I found on YouTube.

Sara: I love this song. It’s still so catchy!

I originally posted the following video I recorded, along with commentary, onto my Facebook wall…

My Commentary: This never ceases to put a smile on my face! 🙂