Amtrak is Spending Billions So You Can Travel 3 mph Faster on a Small Section of Track:
http://rare.us/story/amtrak-is-spending-billions-so-you-can-travel-3-mph-faster-on-a-small-section-of-track/

I love train travel. I’ve enjoyed it in France, Italy, China, and even here in the States. I think it would be awesome to have a private, nationwide, high-speed rail network in America, though I recognize that practical considerations make that highly unlikely for the foreseeable future.

I mention all that to say that in sharing this story I’m not anti-train; I’m anti-stupid wastes of taxpayer money.

You see, the Department of Transportation has announced its largest loan in history: $2.4 billion to Amtrak to pay for faster service in the Northeast corridor.

The following debate originally took place upon the Facebook wall of family, after they shared a photo they took…

Sara: Wtf is this? Is he about to shoot up the train? 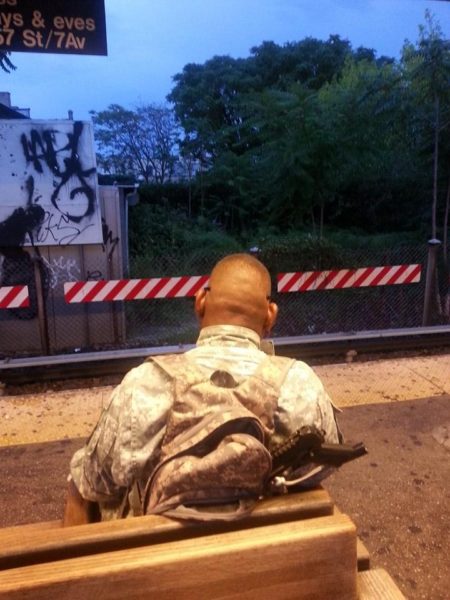 Sara: Yes, dude looks very serious too. I don’t even wanna get on the same train as him.

Sulv M.: why would he be out with that? maybe you should tell a cop

Sara: Its like he’s showing off. The gun looks rigged with some kind of zip tie but I can’t tell what type of weapon it is. I’m on the train now. I just hope he’s not on the same one.

Sulv M.: thats scary! looks real. its illegal to have a fake black gun so he could get in trouble if its fake.

Thomas P.: I wouldn’t even take a chance. I would just call it in and wait for the next train.

Sara: Mark, that’s what I was thinking but dumb move to be walking around like that looking like a psycho.

Genaire: Paintball gun. You can see the screw area for the co2 canister.

Janelle F.: Well, I still wouldn’t go anywhere near the guy. He can still shoot someone w/that thing.

George G.: Hope you waited for the next train

Sara: We’re home now. Not sure what train he got on but it was a paintball gun according to my friends here. Either way I’m glad to be far away from him.

Sherry A.: Omg anyone could grab that

Thomas P.: Common sense would dictate that isn’t the way you would walk around these days.

Genaire: Common sense would actually dictate that you would get into more trouble from attempting to conceal the weapon.

Thomas P.: Question is- is it a weapon?

Janelle F.: Read up to the convo about it being a paintball gun. ^^

Genaire:  Paintball guns can do serious harm. With this stop and frisk nypd seems keen on doing I would want my paintball gun on full display.

Rayn: It’s just a paintball gun, so calling the cops is the ultimate slave’s answer! Such a move would only give NYPD thugs the opportunity to engage in another tax-funded public execution of a peaceful, innocent individual! (Click Here to Continue Reading This Post) → 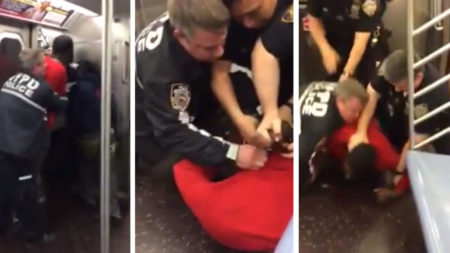