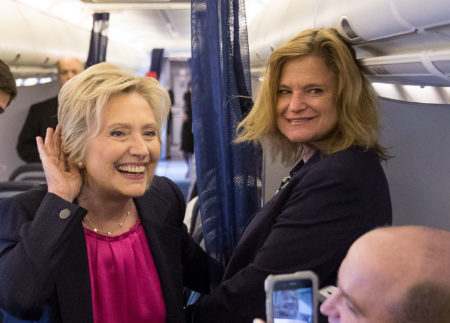 (Claire Bernish) As promised, Wikileaks delivered on documents concerning Hillary Clinton it had claimed for months to be harboring safely for the right moment to release — and the contents do not disappoint.

After only a cursory search using Wikileaks invaluable database, “The Podesta Emails” reveal not only direct evidence of media coordination, but an attempt to alleviate the damage expected to be wrought by the impending 2015 release of a book by Peter Schweizer titled: “Clinton Cash: The Untold Story of How and Why Foreign Governments and Businesses Helped Make Bill and Hillary Rich.”

“Agree. I like it, especially the ‘twisting previously known facts into absurd conspiracy theories’. I suspect we might be able to get repeat use of out of that one.”

My Commentary: Evidence of how pathetically programmable the average American is…

Losing an argument, or the support of your audience? No problem! Just toss out the phrase, “conspiracy theory,” and in a single, thought-terminating cliché… *voila* …You’re back on top!