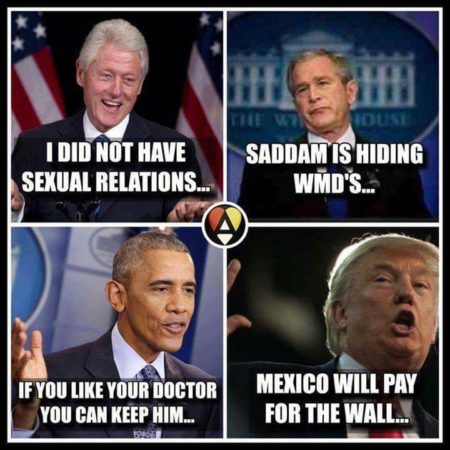 “I did not have sexual relations…”
“Saddam is hiding WMDs…”
“If you like your doctor, you can keep him…”
“Mexico will pay for the wall…”

My Commentary: Keep outsourcing personal responsibility and accountability to these professionally lying lizards… This way, you have a built-in scapegoat to blame, while they continue to run a country of millions into the ground! 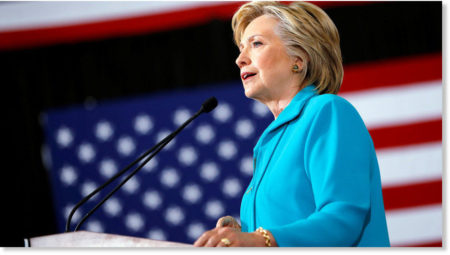