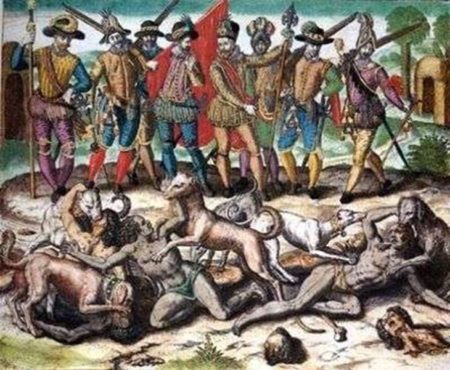 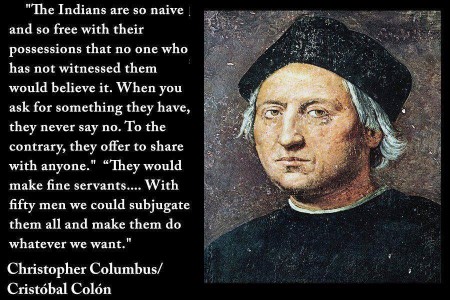 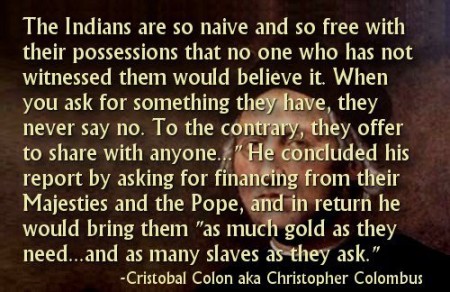 “When your Highnesses so command, [the Arawak Natives] could all be carried off to Castile or be held captive in the island itself, because with 50 men they could all be subjugated and compelled to do anything one wishes.”

“As soon as I arrived in the Indies, on the first Island which I found, I took some of the natives by force in order that they might learn and might give me information of whatever there is in these parts.”

My Commentary: COLUMBUS DAY is a CELEBRATION of THEFT, OCCUPATION, IMPERIALISM, SLAVERY and GENOCIDE… so, of course, it makes sense that it was declared a national holiday in America!