The following correspondence originally took place upon the Facebook wall of my friend, Last Prince…

Kala Z.: ew you so nasty! I can smell the funk off these pixels. Rayn do yo damn thang homie!

Rebekah P.: Rayn inspires me to be the higher me
She’s on fire, free and deals with reality
Nuff respect on the mic check Lady B
Speakin’ on it Naturally a TRUE MC!

Rayn: Thanx, everyone! Your words are much appreciated! Props to Last Prince for posting the raw, gritty underground flavor every day!

My Commentary: Cowardly costumed criminals operating under color of law in the city of Greensboro, NC, harass, molest, kidnap and imprison a peaceful young man in BROAD DAYLIGHT for the victimless “crime” of walking down one of the many sidewalk-less streets of our community. According to the article below, the State racket against this victim has only just begun, as he and his brother are now facing criminal charges, ensuring that, at the very least, they will be forced to pay some heavy extortion fees demanded by the city court for their imaginary “crimes.”

Many of us in this country have already been LIVING under the personal cloud of Martial Law EVERY SINGLE DAY! And, until those who haven’t are able to TRULY FEEL what it’s like to be automatically guilty in the eyes of the State, and to be subject to systematic, institutional abuse for it, they will NEVER be a part of any long-term solutions, as they can’t even grasp the root of the problem! 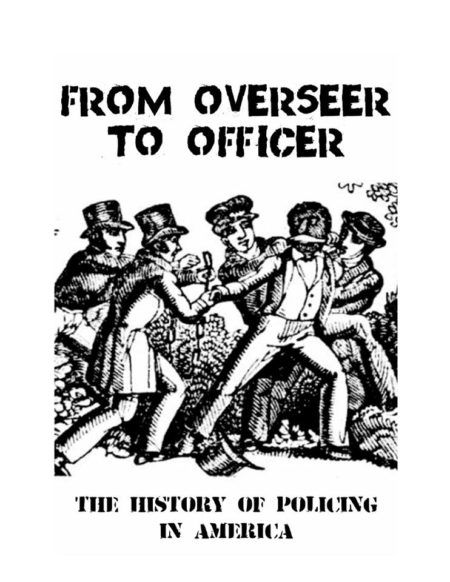 “From overseer to officer: the history of policing in America”

#FROMOVERSEERTOOFFICER #UAPTSD BY #AARONLEAF AKA #IRATE
Colonial America experienced an increase in population in major cities during the 1700s. Some of these cities began to see an influx of immigrant groups moving in from various countries(including Germany, Ireland, Italy, and several Scandinavian countries), which directly contributed to the rapid increase in population. The growth in population also created an increase in social disorder and unrest. The sources of social tension varied across different regions of Colonial America; however, the introduction of new racial and ethnic groups was identified as a common source of discord. Racial and ethnic conflict was a problem across Colonial America,including both the northern and southern regions of the country. Since the watch groups could no longer cope with this change in the social climate, more formalized means of policing began to take shape. Most of the historical literature neglects to document the events that took place in the southern region—specifically, the creation of slave patrols in the South.
Slave Patrols
Slave patrols (or Paddy Rollers) first emerged in South Carolina in the early 1700s, but historical documents also identify the existence of slave patrols in most other parts of the southern region .Samuel Walker identified slave patrols as the first publicly funded police agencies in the American South. Slave patrols were created to manage the race-based conflict occurring in the southern region of Colonial America; these patrols were created with the specific intent of maintaining control over slave populations. Three principal duties placed on slave patrols in the South during this time, including searches of slave lodges, keeping slaves off of roadways, and disassembling meetings organized by groups of slaves. Slave Patrols were known for their high level of brutality and ruthlessness as they maintained control over the slave population. The members of slave patrols were usually White males (occasionally a few women) from every echelon in the social strata, ranging from very poor individuals to plantation owners that wanted to ensure control over their slaves. Slave patrols remained in place during the Civil War and were not completely disbanded after slavery ended. During early Reconstruction, several groups merged with what was formerly known as slave patrols to maintain control over African American citizens. Groups such as the federal military, the state militia, and the Ku Klux Klan took over the responsibilities of earlier slave patrols and were known to be even more violent than their predecessors. Over time, these groups began to resemble and operate similar to some of the newly established police departments in the United States. In fact, By 1837, the Charleston Police Department had 100officers and the primary function of this organization was slave patrol, these officers regulated the movements of slaves and free blacks, checking documents, enforcing slave codes, guarding against slave revolts and catching runaway slaves.” Scholars and historians assert that the transition from slave patrols to publicly funded police agencies was seamless in the southern region of the United States.
http://www.scribd.com/doc/207464412/From-Overseer-to-Officer 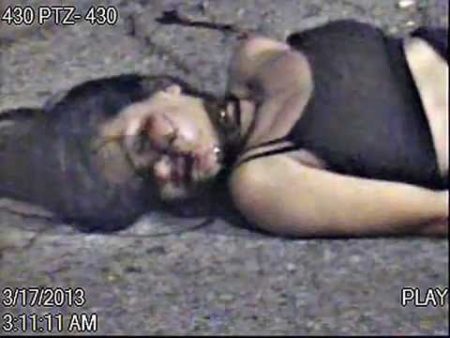 The following correspondence originally took place upon the Facebook wall of my friend, Last Prince…

(this is a continuation of a first discussion, which took place here)

Kala Z.: ew you so nasty! I can smell the funk off these pixels. Rayn do yo damn thang homie!

Rebekah P.: Rayn inspires me to be the higher me
She’s on fire, free and deals with reality
Nuff respect on the mic check Lady B
Speakin’ on it Naturally a TRUE MC!

Rayn: Thanx, everyone! Your words are much appreciated! Props to Last Prince for posting the raw, gritty underground flavor every day!