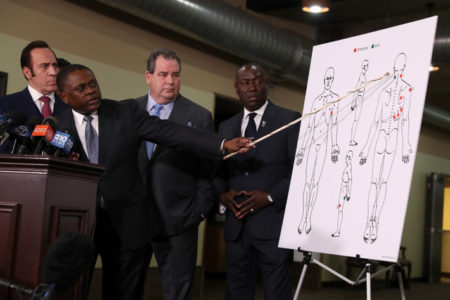 (Sam Stanton, Tony Bizjak, and Nashelly Chavez) Stephon Clark was shot six times in the back and eight times total by Sacramento police officers, according to a private autopsy released Friday by his family’s legal team, a finding that increased tensions in a city already on edge about the shooting of the unarmed black man.

My Commentary: Not a single police bullet entered Clark’s body from the front, when he was recently murdered by criminal agents of the State, operating under color of law. Another tax-funded execution of the innocent, and more American Fascism, Exposed…