The following correspondence originally took place on my Facebook wall, upon my post, “Psychiatry is Historically-Rooted in Racism, Oppression, Pseudo-Science, and Propping Up the Power of the State“…

Rayn: Psychiatry is historically-rooted in racism, oppression, pseudo-science, and propping up the power of the State. These quacks once treated the human desire for freedom as a diagnosable disease.

Also, look up “dysaesthesia aethiopica,” then go back even further, and research Benjamin Rush, MD , the “father of American Psychiatry,” to learn about the racist disease he invented, called “negritude.” His ugly mug was featured on the official American Psychiatric Association seal for almost a century! 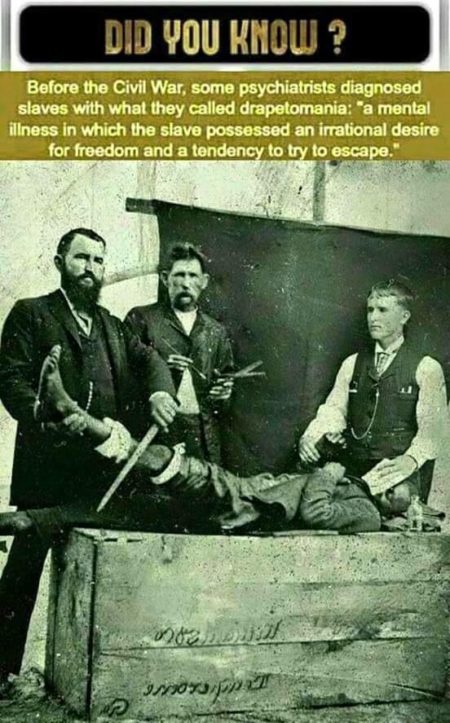 “Did you know? Before the Civil War, some psychiatrists diagnosed slaves with what they called drapetomania: “a mental illness in which the slave possessed an irrational desire for freedom and a tendency to try to escape.”

Stacie T.: Now they apply it to everyone and call it Oppositional Personality Disorder.

Rayn: Yup. ODD is such a joke…

Jason R.: that is why we need to change from the medical to the social model!

Jason R.: there is too much abuses that come from psychiatric medicine.

Jason R.: it is also rooted in eugenics