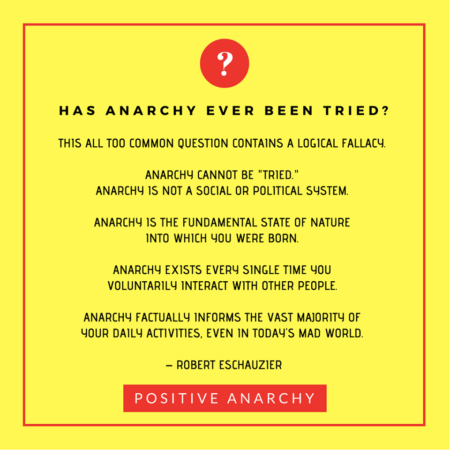 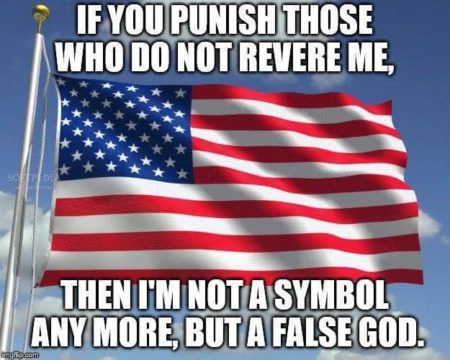 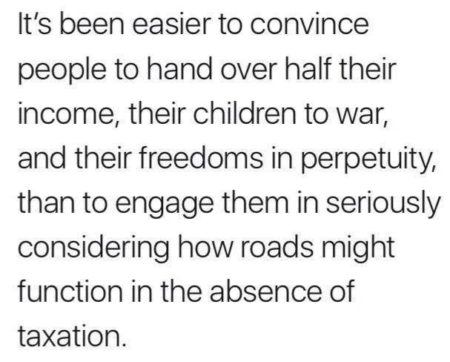 “It’s been easier to convince people to hand over half their income, their children to war, and their freedoms in perpetuity, than to engage them in seriously considering how roads might function in the absense of taxation.”