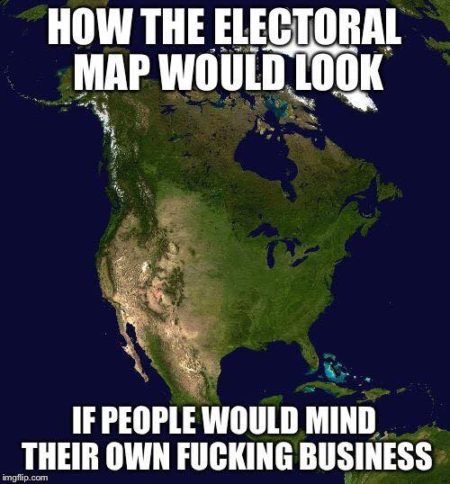 My Commentary: Control-freaks just *can’t* run their own lives into the ground… Nooo! Gotta take all of us with them… Fucking losers!

The following correspondence originally took place upon the Facebook wall of family, after they posted artwork being shared the page, “Libertarian Party“… 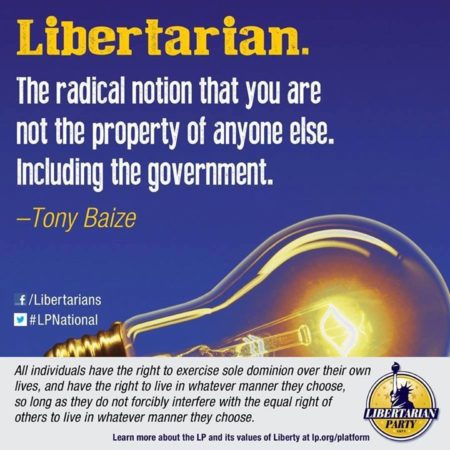 “Libertarian. The radical notion that you are not the property of anyone else, including the government.” – Tony Baize (All individuals have the right to exercise sole dominion over their own lives, and have the right to live in whatever manner they choose, so long as they do not forcibly interfere with the equal right of others to live in whatever manner they choose.)
(Learn more about the LP and its values of Liberty at lp.or/platform)

Rayn: What a elitist and extremist viewpoint! Do you really believe that you can run your life better than a small, elect group of morally-bankrupt plutocrats? Just who do you think you are?

The Government Can – Tim Hawkins:

Stephen K.: 90% of the US Congress are millionaires.

Rayn: It’s a little over half, actually.

More Than Half the Members of Congress Are Millionaires (Jan. 2014):
https://mobile.nytimes.com/2014/01/10/us/politics/more-than-half-the-members-of-congress-are-millionaires-analysis-finds.html?_r=0&referrer

47% of Congress Members Millionaires — a Status Shared by Only 1% of Americans (Nov. 2011 article):
http://abcnews.go.com/blogs/politics/2011/11/47-of-congress-members-millionaires-a-status-shared-by-only-1-of-americans/

Stephen K.: Someone spread disinformation to me 🙁