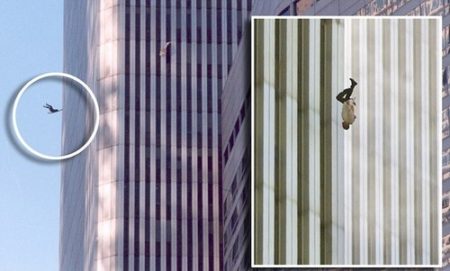 Musician in NYC Performs Next To Homeless People So They Get More Cash:

My Commentary: Real compassion is voluntary…

For just a taste of the truth about homelessness in NYC, and how the State represents the worse enemy to some of the most vulnerable members of our society, watch the movie, “The Saint of Fort Washington.”

As I scrolled through my Facebook news feed, I discovered the following artwork here, being shared an acquaintance, and originally posted it to my own wall, along with commentary… 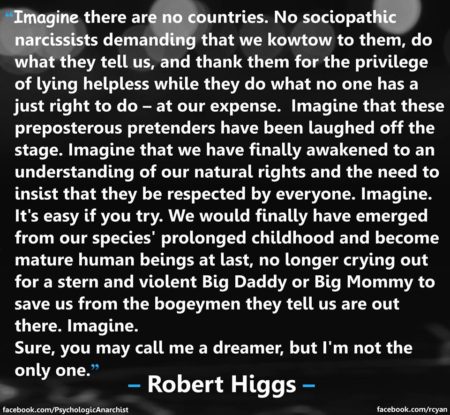 “Image there are no countries. No sociopathic narcissists demanding that we kowtow to them, do what they tell us, and thank them for the privilege of lying helpless while they do what no one has a just right to do – at our expense. Imagine that these preposterous pretenders have been laughed off the stage. Imagine that we have finally awakened to an understanding of our natural rights and the need to insist that they be respected by everyone. Imagine. It’s easy if you try. We would finally have emerged from our species’ prolonged childhood and become mature human beings at last, no longer crying out for a stern and violent Big Daddy or Big Mommy to save us from the bogeyman they tell us are out there. Imagine. Sure, you may call me a dreamer, but I’m not the only one.” – Robert Higgs

My Commentary: You’re not the only one, Mr. Higgs.

The following correspondence originally took place on my Facebook wall, upon my post, “Remembering Freedom Fighter, Russell Means, AKA ‘Works for the People’“…

Russell Means and actor, Marlon Brando, on the Today Show

Remembering Russell Means in Pictures: Warrior for the People:
http://www.whitewolfpack.com/2016/03/remembering-russell-means-in-pictures.html

Tammy S.: I remember him very well. I remember when he died a few years ago. It was sad for me. It reminded me of my grandmother (your great-grandmother [in-law]). She was a big fan of his. I think she met him one time. I was kinda young. Hard to remember all the stories.