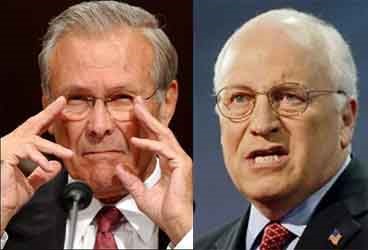 Is Trump Already Headed Down the Path of the George W. Bush Presidency?:
http://ronpaulinstitute.org/archives/neocon-watch/2016/november/10/is-trump-already-headed-down-the-path-of-the-george-w-bush-presidency/

(Ivan Eland) President-elect Donald Trump, during his campaign, refreshingly criticized Republican George W. Bush’s war in Iraq and Democrat Barack Obama’s war in Libya; seemingly advocated a more restrained American foreign policy abroad; touted the need for a better relationship with Russia; and even propounded a badly needed reassessment of overextended U.S. alliances around the world. However, already his apparent consideration of the usual hawkish Republican retreads for top foreign policy and national security posts threatens to take him down the well-worn path of the Bush presidency he so vehemently criticized during the political season. 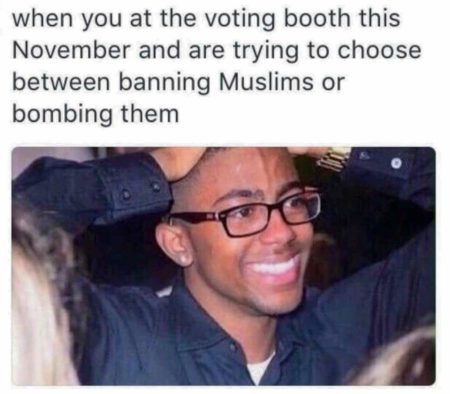 My Commentary: Actually, BOTH of the DemoCrackpot and RepubliConArtist presidential candidates PLAN TO MURDER innocents in your name, and BOTH WILL FORCE YOU to pay for it, too (throwing in this fact because too many seem to care more about money than innocent human lives)…

Crimes Against Humanity for Peace, 2016!

And, to preempt the rallying cry of the delusional: NO, Bernie Sanders was NOT anti-war, either… 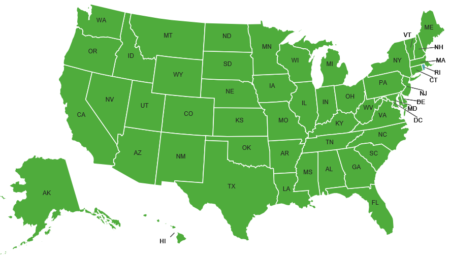 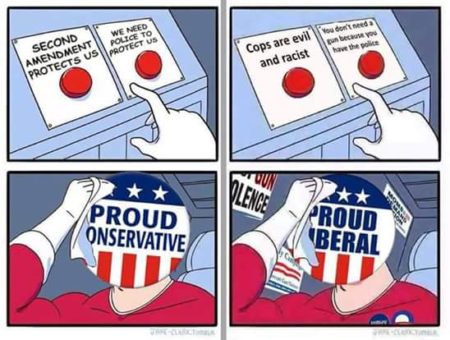