As I scrolled through my Facebook news feed, I discovered the following artwork here, being shared by the page, “Voluntaryist Lounge and Cantina,” and originally posted it to my own wall, along with commentary… 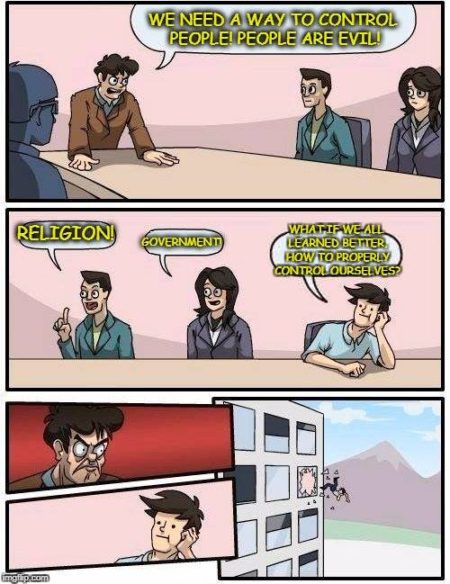 “We need a way to control people! People are evil!”
“Religion!”
“Government!”
“What if we all learned better how to properly control ourselves?”

Want to emancipate yourself from the intrigues of pathocracy? Start by rejecting the false authority of the pompous parasites who claim themselves our “leaders,” and exercise your power to deny or withdraw consent. Then, refuse to support the institutions that assign humanity with labels fit for criminals, as they merely enable the 1% corrupt, polluted souls among us to collectively oppress and punish us all for crimes we haven’t even committed, in an effort to catch a boogie man that lives no further than the nearest MIRROR! Besides, biology, itself, does NOT support the “freedom is slavery” doublethink mentality of such control-freaks, no matter how many clever excuses they come up with in order to justify their lust to harm and enslave others:

As I scrolled through my Facebook news feed, I discovered the following artwork here, being shared by the page, “Muh Flag,” and originally posted it to my own wall, along with commentary… 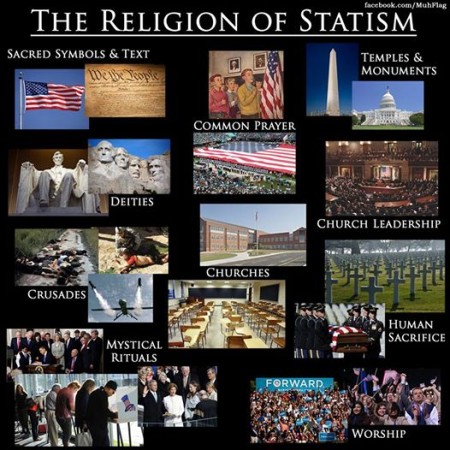 “The Religion of Statism”

My Commentary: I am unapologetically against all organized religion, including the secular varieties! 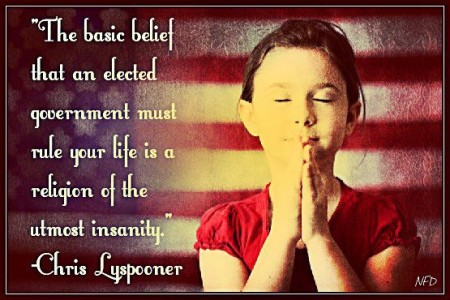 “The basic belief that an elected government must rule your life is a religion of the utmost insanity.” – Chris Lyspooner

My Commentary: Being unable to double-think on such matters, I have an aversion to ALL forms of organized religion! I will not help to prop up the corpse of empty tradition! Instead, I choose LIFE!