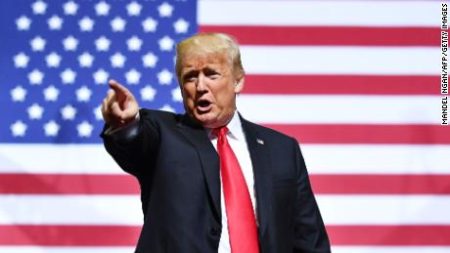 Trump: Kim Jong Un and I Fell in Love:
https://edition.cnn.com/videos/politics/2018/09/30/trump-kim-jong-un-fell-in-love-west-virginia-rally-bts-vpx.cnn

My Commentary: 😀 Still a better love story than Twighlight…

As I scrolled through my Facebook news feed, I discovered the following artwork here, being shared by the page, “Fuck the Roads,” and originally posted it to my own wall, along with commentary… 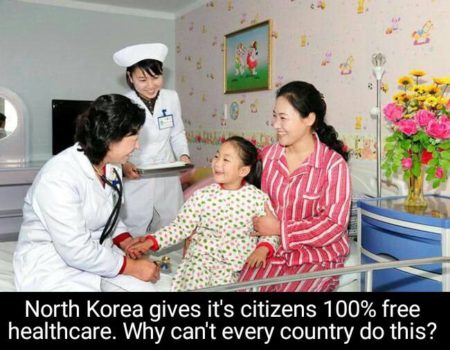 “North Korea gives it’s citizens 100% free healthcare. Why can’t every country do this?”

The following article was inspired by my debate, “Is Obama Keeping or Breaking His ‘Promises’ As President When He Continues to Engage In Wars?“…

Obama is not trying to end the wars in the Middle-East – as in, stop them – he’s trying to win the wars in the Middle-East – as in, conclude them (hence, “ENDING” the wars). There is a huge difference! Obama has been engaging in political double-speak all along, and the public has been “had.” Please read my previous article, “Barack Obama – America’s FALSE Peace Candidate!” for proof!

The Current War Against Afghanistan

By sending more troops to Afghanistan, Obama is, by definition, CONTINUING and ESCALATING that particular war!

As I illustrated in my previous article, “Questioning the Motives Behind America’s Invasion of Afghanistan“, our government has absolutely redefined Afghanistan’s existence and future through chronic meddling! And, as I also pointed out, they have also militarily, politically and culturally tampered with Iran, Iraq, and Pakistan, too! America, like an eagle, is operating from a “bird’s eye view,” on top of the world!