The following correspondence originally took place upon the Facebook wall of an acquaintance, after she shared a captioned post from here… 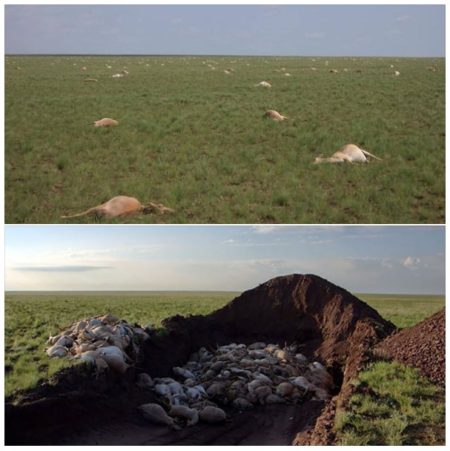 Catastrophic Collapse of Saiga Antelope
120,000 so far – Half of the total population Dead in a Month
Preliminary analysis indicates that a combination of environmental and biological factors is contributing to this catastrophic event, which has seen four large birthing herds of the critically endangered Saiga antelope wiped out since mid-May this year. Primarily mothers and calves are among the carcasses; not a single animal has survived in the affected herds.
read more – http://revolution-news.com/catastrophic-collapse-of-saiga-antelope-leaves-120000-dead-in-a-month/

Kurt G.: We are looking a wave of ecological collapse, everywhere. It’s coming. But tends to take down the apex species first – predators and large herbivores.