The following correspondence originally took place on my Facebook wall, upon my post, “But, Without Government, Who Would Brutally Murder the Homeless?“…

Rayn: But, without government, who would brutally murder the homeless? 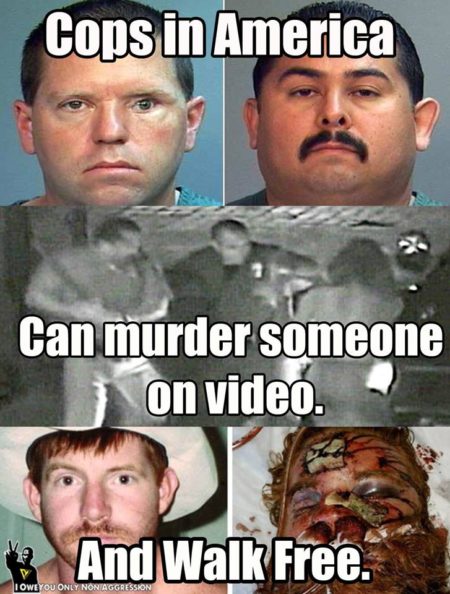 “Cops in America… can murder someone on video… and walk free.”

Morgan S.: absolutely did murder that man and they walked free. no protests, no nothing.

“MURDER: It’s okay when the government does it”
(Artwork by Liberty Stickers, and originally located here)

The following correspondence originally took place upon my Facebook wall, after I posted a photo being shared by the page, “Fuck the Government“… 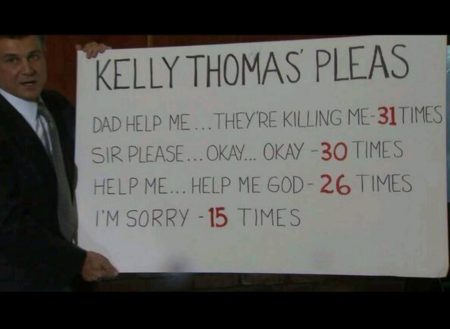 Sara: This is a fucking shame!

Bram D.: Genaire : that goes a bit too far imo, but then i’m against the death penalty 🙂

Genaire: When I say pigs Bram, I’m not referring to all police officers. I respect good police officers. I’m referring to the officers that feel that is ok to abuse their power, those officers deserve death. As far as being against the death penalty goes I respect that but if they are in the process of killing you, you are within your right to defend yourself even if that means you have to take their life instead.

As I scrolled through my Facebook news feed, I discovered the following artwork here, being shared by the page, “I Owe You Only Non-Aggression,” and originally posted it to my own wall, along with commentary… 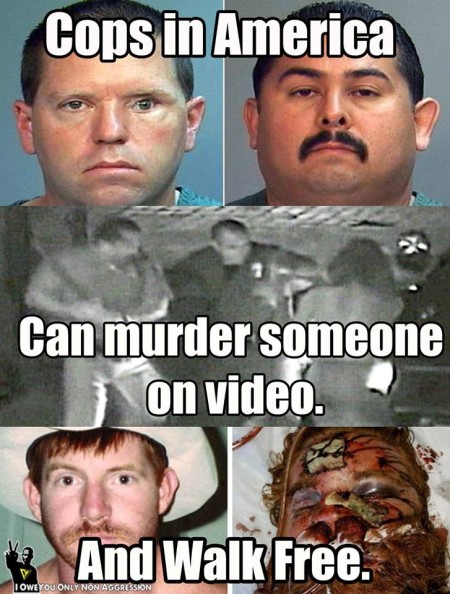 “Cops in America… can murder someone on video… and walk free.”

My Commentary: But, without government, who would brutally murder the homeless?