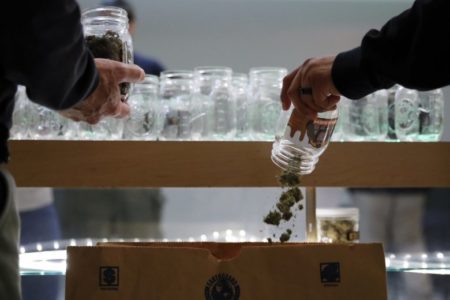 The following correspondence originally took place upon the Facebook wall of my friend, Katherine C… 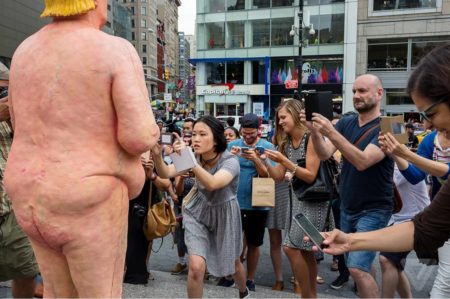 Katherine C.: Too far. This just stoops down to Trump’s level. If it had been Hillary or Bernie? What would you say?

Rayn: “The emperor has no clothes!”

Katherine C.: Yeah, but no. Still too far, and it’s as degrading as Trump would be. There are better ways to make a point and embarrass him.

Rayn: Oh. I was just answering your questions. I wasn’t condoning, nor condemning this renegade “art.”

The following correspondence originally took place on my Facebook wall, upon my post, “LAPD Still Racially-Profiling and Falsely Accusing the Innocent“… 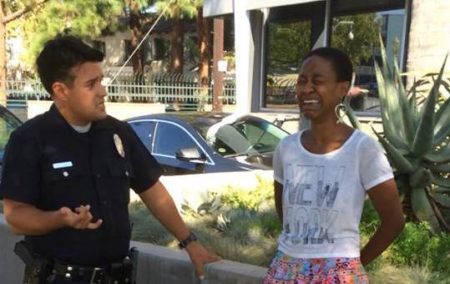 Racist pigs, doing what they do best… racially profiling, falsely accusing and physically accosting the innocent!

Mark J.: This is getting so ridiculous and out of hand nowadays. We might as well reinstate Jim Crow laws again. I can’t with these cops anymore.

(Jared Keller) African-American actress Danièle Watts claims she was “handcuffed and detained” by police officers from the Los Angeles Police Department at CBS’s Studio City production facility on Thursday after allegedly being mistaken for a prostitute.

According to accounts by Watts and her partner Brian James Lucas, two police officers mistook the couple for a prostitute and client when they were seen showing affection in public. When the officers asked Watts to produce a photo ID when questioned, she refused. Watts was subsequently handcuffed and placed in the back of a police cruiser while the officers attempted to figure out who she was. The two officers released Watts shortly thereafter.

My Commentary: Racist pigs, doing what they do best… racially profiling, falsely accusing and physically accosting the innocent!