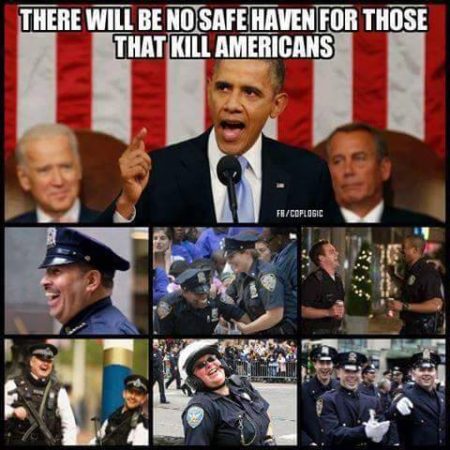 “There will be no safe haven for those that kill Americans”

My Commentary: Oh, but there already is, genius. It’s called THE STATE!

(Joshua Scott Hotchkins) A video has surfaced of what appears to be President Obama’s daughter Malia smoking a joint at Lollapalooza.

Eyewitness Jerrdin Selwyn, 18, told Radar she saw the first daughter toking it up during aBryson Tiller set on July 31.

My Commentary: A perfect follow-up to my last shared article about the DEA refusing to rescheduling cannabis out of the “dangerous” schedule 1 category… because “science”… LOL!

Nope. Nothing wrong with any of this: not the part about control-freaks “regulating” the peaceful right into prison, nor the part about “science” being whatever political parasites say and pay for it to be, nor the part where the higher agents of the State, and their pals, enjoy legal immunity from the tyranny they help create… 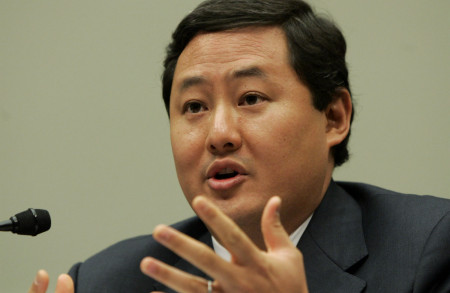 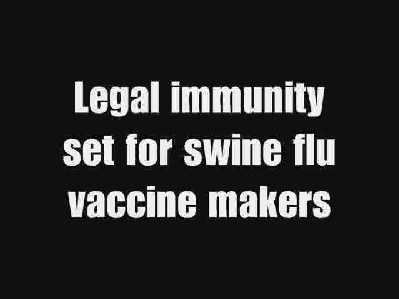 (Associated Press) – The last time the government embarked on a major vaccine campaign against a new swine flu, thousands filed claims contending they suffered side effects from the shots. This time, the government has already taken steps to head that off.

Vaccine makers and federal officials will be immune from lawsuits that result from any new swine flu vaccine, under a document signed by Secretary of Health and Human Services Kathleen Sebelius, government health officials said Friday.

Since the 1980s, the government has protected vaccine makers against lawsuits over the use of childhood vaccines. Instead, a federal court handles claims and decides who will be paid from a special fund.

The document signed by Sebelius last month grants immunity to those making a swine flu vaccine, under the provisions of a 2006 law for public health emergencies. It allows for a compensation fund, if needed.

My Commentary: If our government begins offering free vaccinations, and “we, the people,” discover that we are being treated to a repeat incident of the last swine-flu inoculation fiasco in 1976 (wherein 30 times more individuals died from being vaccinated than from the actual pathogen they were allegedly being protected against), don’t panic! The government already has a contingency plan in place: LEGAL IMMUNITY FOR VACCINE MAKERS!!!

Now, why didn’t I think of that? Oh, now I remember… because I’m not a soulless, sociopathic shell of a human-being. I guess the same cannot be said of our political “representatives.” They prefer to lick the boots of their CORPORATE MASTERS at the expense of OUR LIVES!!!

Wow! Big Gov and Big Pharma make the perfect team! NON-ACCOUNTABILITY is their business, and they do it SO well!!!