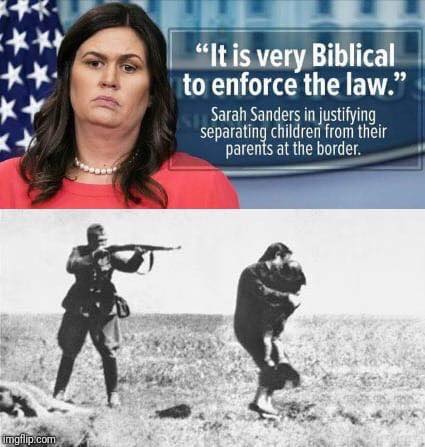 “It is very Biblical to enforce the law.” – Sarah Sanders, in justifying separating children from their parents at the border.

My Commentary: Indeed… And, the crucifixion of Mashiach would provide a great example of this principle.