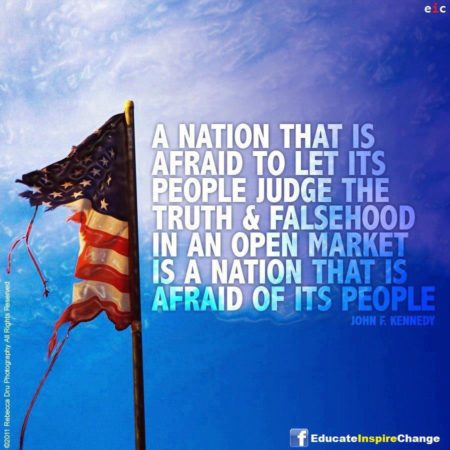 My Commentary: Take up your bed, and walk!

I originally posted this LibertyStickers.com artwork here, onto the Facebook page, “Liberty Stickers,” along with commentary…

As John F. Kennedy said, “for we are opposed around the world by a monolithic and ruthless conspiracy that relies primarily on covert means for expanding its sphere of influence–on infiltration instead of invasion, on subversion instead of elections, on intimidation instead of free choice, on guerrillas by night instead of armies by day. It is a system which has conscripted vast human and material resources into the building of a tightly knit, highly efficient machine that combines military, diplomatic, intelligence, economic, scientific and political operations.”