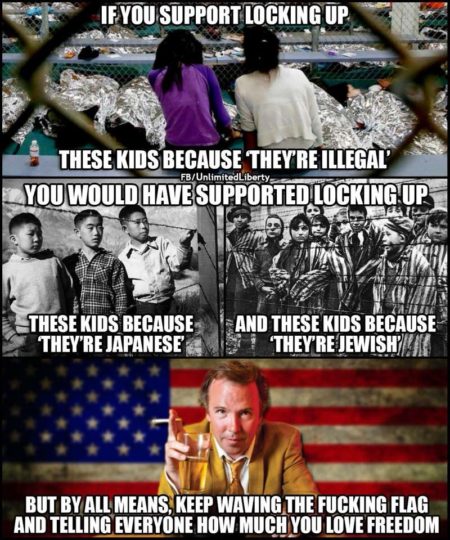 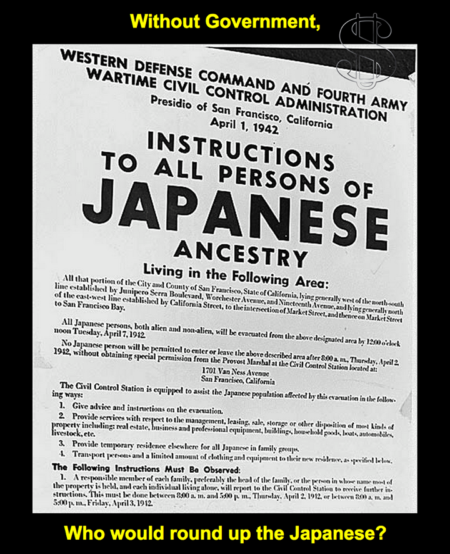 Without government, who would round up the Japanese?
(Western Defense Command and Fourth Army
Wartime Civil Control Administration
Presidio of San Francisco, California – April 1, 1942
Instructions to all persons of Japanese ancestry
Living in the following area:…)”

My Commentary: *Americans of Japanese descent 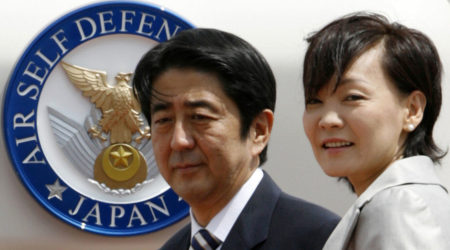 My Commentary: I’m sure it will only happen if necessary, like when Democratic Party darling, FDR, did it. *sarcasm*

“They called me a socialist, too…
So, I proved I was actually a fascist by putting 100,000 Japanese-Americans in internment camps”

(No mention of internment camps for American citizens)